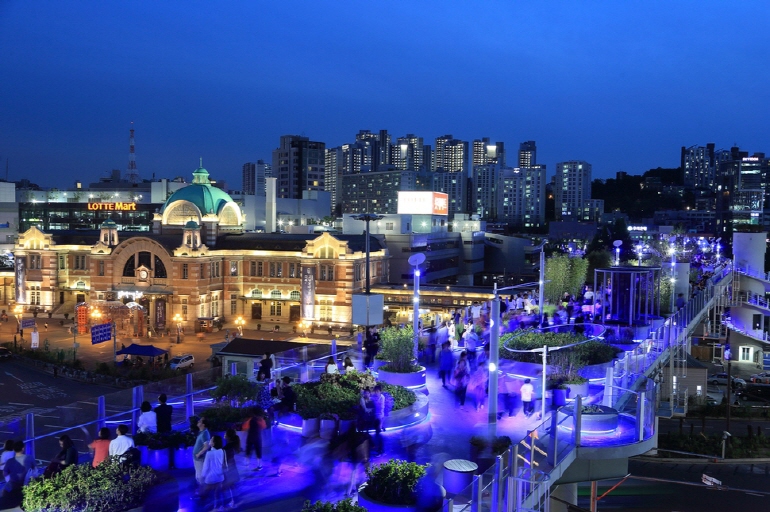 SEOUL, Aug. 27 (Korea Bizwire) — The number of visitors to the overpass-turned-park Seoullo 7017 surpassed the 3 million mark as of Sunday as the site celebrated its 100th day since its opening, the Seoul city government said.

The number of users reached 3.61 million on Aug. 23, since the public park converted from an elevated roadway was open to the public on May 20, according to the Seoul Metropolitan Government.

The 1,024-meter-long and 10.3-meter-wide road near the Seoul Station was used by vehicles for 47 years before being converted into a park full of trees and flowers.

“A daily average of some 20,000 people visited the park with its tally doubling during weekends,” said a city government official. “The number of foreign visitors reached around 200,000.”

Among 8,216 foreign visitors, Chinese people topped the list with 36.7 percent, followed by Europeans with 34 percent and Japanese with 12.1 percent, it said.