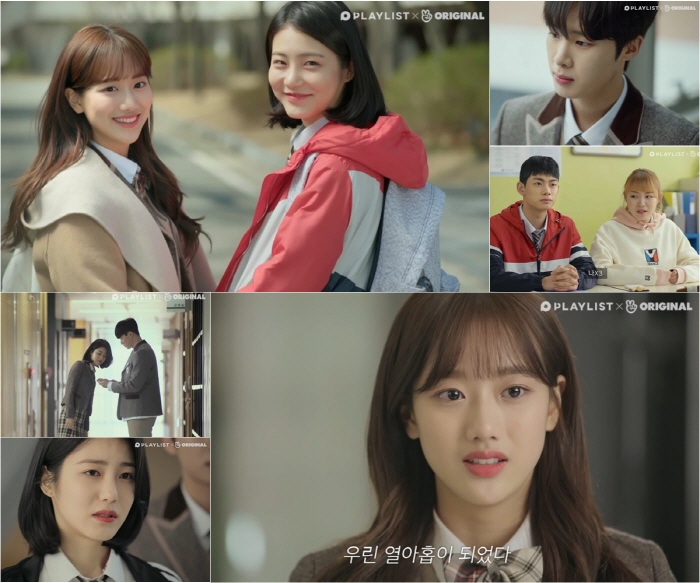 SEOUL, May 13 (Korea Bizwire) — Web dramas, which used to be considered gateways for new actors to make their way into the TV industry, have become an explosive hit among teenagers and are building an independent genre in itself.

Although web dramas were once seen as B-rated dramas due to low production costs and low quality, they are definitely settling in the drama industry with promising marketability and season-based airing.

According to Playlist Studio, which produced the high-teen web drama “A-Teen 2″, the drama has recorded 35 million accumulated views in about two weeks since it first began airing on April 25.

The drama, which has released six episodes so far, aims to become a “mega hit” in the web drama market, with 28.97 million views and additional videos such as teasers and a prologue viewed more than 6.7 million times.

What makes this web drama so special and popular is that it showed the life of high school teenagers sincerely in the eyes of teenagers, showing romance, academic life, career and friendships.

Each of the five or so characters delivers their inner thoughts in narration, and whenever the characters deliver meaningful lines, the drama puts a lot of effort into emotional portrayals, by carefully choosing background music and showing close-ups of their faces.

Few adult roles such as teachers and parents also set it apart from other dramas, and even if they appear, they only exist in the background.

This is a trend that runs counter to the recent trend of TV high-teen dramas, in which adult roles are put to the fore with no high-teen factors.

According to a drama critic, in the past, there have been dramas available according to the age group, such as for children, adolescents and adults, but at some point, dramas for children began to disappear.

Also, those in their 20s or younger are often portrayed as secondary beings without being treated seriously in dramas.

Such changes are in line with the situation where TV has become literally “older media” as viewers’ age more and more.

As viewers in their teens and early 20s moved on to YouTube and web dramas without watching TV, the focus of content targeting them has also shifted to mobile devices.

Recently, it seems that season-based web dramas are becoming well established. Mega hits like “The Love Playlist” are set to unveil their fourth season next month.