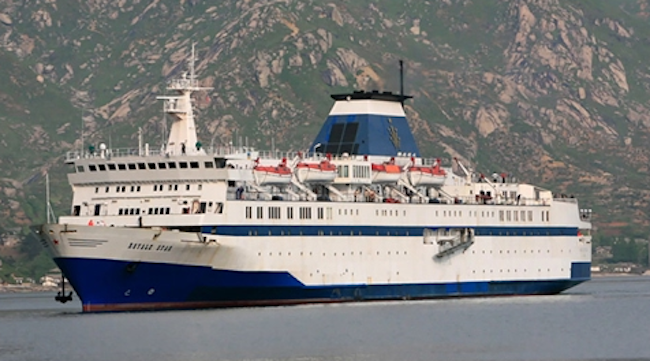 Oceans Minister Kim Young-choon said Tuesday the government will seek ways to attract more cruise passengers outside of China with various travel incentives in order to revitalize local market, which was hit hard by diplomatic tension with Beijing. (Image: Yonhap)

The nation’s cruise industry market enjoyed a boom last year with a large influx of Chinese travelers, but ships have steered away from South Korean ports after Beijing took punitive action in the wake of Seoul’s decision to host a U.S. missile defense system in May.

“Chinese cruise ships have stayed away from (South Korea) due to the missile deployment, forcing port authorities to aggressively conduct marketing efforts (in other nations). As a result, a Taiwanese ship is coming to Busan port four times this year,” Kim said in a meeting with reporters. “If there is increased shipping through the seas surrounding Taiwan, China, Korea and Japan, it can be an excellent cruise course like the one in the Mediterranean Sea.”

The policymaker said the ministry is currently communicating with Hyundai Asan Corp. to launch a national flag carrier ship, in a bid to attract travelers wanting to come to South Korea.

“We are working on various ways to connect tour programs in the port cities of Busan and Incheon,” Kim said. “The number of cruise travelers should rise before launching a national shipping line.”

Hyundai Asan is the local operator of a suspended inter-Korean tour program, which kicked off in 1998. The tour program to Mount Kumgang on North Korea’s east coast attracted some 2 million South Korean visitors, but was halted in 2008 after a shooting incident that left a South Korean tourist dead. The company had operated cruise ships on the Mount Kumgang route.

“Hyundai Asan Corp is working on the flag carrier plan, while pinning hopes on improved inter-Korean ties. I think (the company) is working out a voyage that departs Busan, stops at Mount Kumgang and sails up to Vladivostok,” Kim said. “The company is cautiously working on the plan, although it won’t be ready by this year.”

While resuming tours to North Korea may be difficult under elevated military tension, Kim proposed alternatives courses for major port cities, including Jeju, Busan, Incheon and Sokcho. Linking these cities with Japan’s west coast and Russia’s far eastern city of Vladivostok could be an option to bolster the market.

Foreign visitors arriving on cruise ships reached 1.95 million last year, which had an economic effect of over 5 trillion won (US$4.43 billion) for the local tourism sector and created some 20,000 jobs here. Cruise travelers around the world surpassed 24 million last year, according to the Ministry of Oceans and Fisheries.