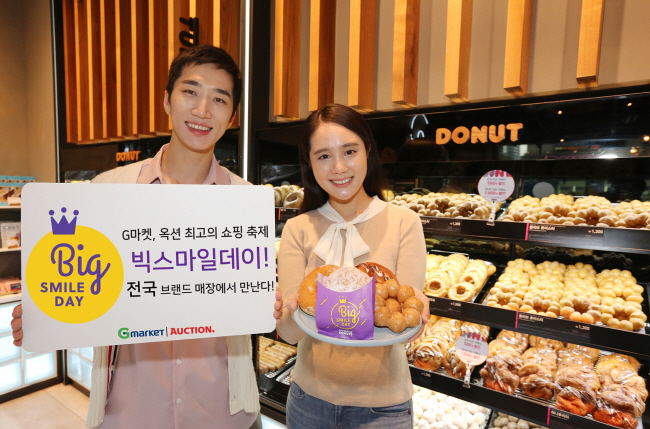 EBay Korea, the operator of Gmarket and Auction that had “Big Smile Day” from Nov. 1 to Thursday, said its sales soared 40 percent during the promotional event compared with the same period from a year earlier.

About 1.4 billion won (US$1.24 million) worth of Apple Earpods sold out in less than a day, and 730 Dyson’s Supersonic Hairdryers were all purchased, the retailer said.

Ticket Monster, an online marketplace, conducted a “Time Attack” event from Nov. 1 to Thursday with steep discounts on various items.

During the time-specific event held from noon to 6 p.m., Ticket Monster said it enjoyed massive traffic via mobile and PC, about seven times the average daily visitors.

We Make Price, another online marketplace that had “Black Price Day” from Nov. 1 to Thursday, has seen its transactions skyrocket 87 percent from a year earlier, with the number of new subscribers vaulting 187 percent over the period.

The online retailers did not provide exact sales figures during the events.