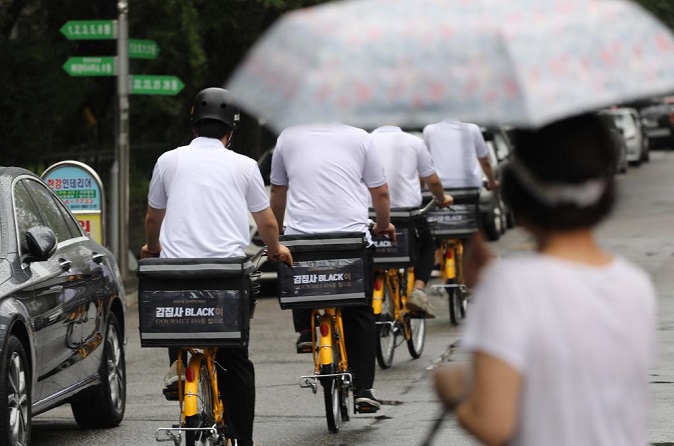 SEOUL, Oct. 4 (Korea Bizwire) — Online shopping in South Korea rose 16 percent on-year in August on the back of surging demand for travel during the vacation season amid eased COVID-19 restrictions and growing grocery shopping for preparations for the Chuseok holiday, data showed Tuesday.

The value of online shopping transactions came to 17.72 trillion won (US$12.36 billion) in August, compared with 15.28 trillion won a year earlier, according to the data from Statistics Korea.

It marked the second largest monthly figure ever since 2017, when the agency adopted the current data compiling system. The record high figure was seen in December last year when the value stood at 17.81 trillion won.

By item, online shopping of food and beverages advanced 27.3 percent on-year to 2.67 trillion won, also a record high, as an increasing number of people used online platforms to prepare for Chuseok, or the Korean fall harvest celebration.

This year’s Chuseok fell on Sept. 10.

Online purchases of travel and transportation services more than doubled on-year to 1.87 trillion won in August to hit an all-time monthly high.

The growth came as eased virus curbs prompted people to do more outdoor activities, particularly in the summer vacation season.

Online transactions of clothing, sporting and other fashion items all grew in August amid eased virus curbs, the data showed.

But those food delivery services declined 7.7 percent on-year to 2.23 trillion won in August, as more chose to dine out amid increased outdoor activities, the agency said.

Purchases made through smartphones, tablets and other mobile devices grew 17.8 percent on-year to 3.23 trillion won. Mobile shopping took up 74.7 percent of the total value of online shopping, up 1.2 percentage points on-year, the data showed.