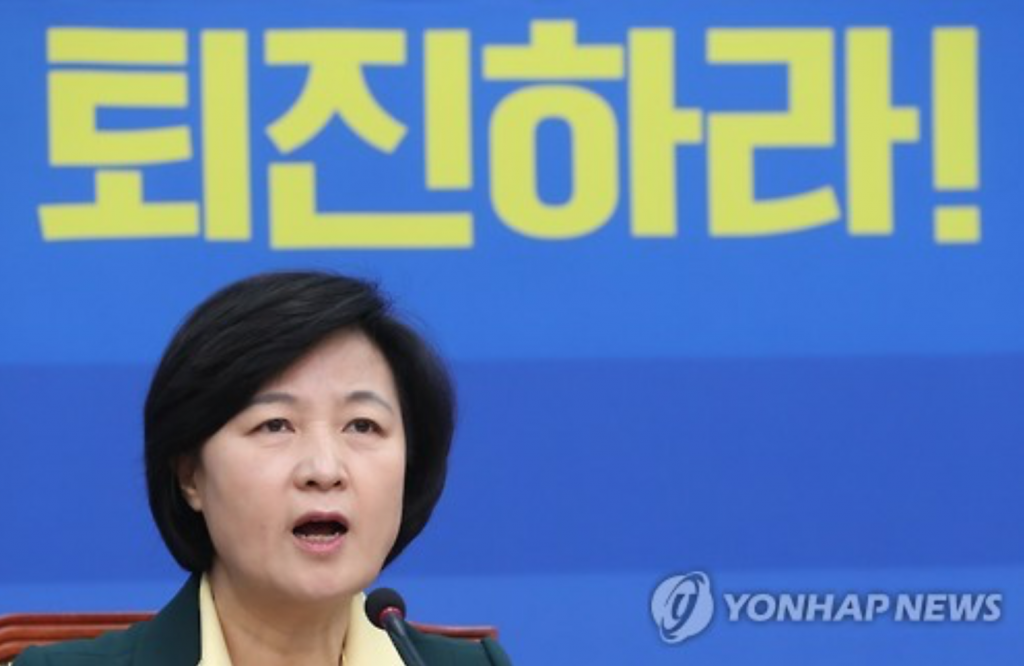 Choo Mi-ae, the leader of the main opposition Democratic Party, speaks during a meeting of senior party officials at the National Assembly in Seoul on Nov. 21, 2016. (image: Yonhap)

SEOUL, Nov. 21 (Korea Bizwire) – The leader of the main opposition Democratic Party on Monday said her party will immediately review the timing and ways for impeaching President Park Geun-hye, who the prosecution has listed as a suspect in a corruption scandal involving her confidante.

Rep. Choo Mi-ae also said her party will set up an apparatus to push for Park’s impeachment. But she stressed that the “best way” to move the nation forward is still for the president to voluntarily step down.

“Park must step down. Under this stance, we will review Park’s impeachment and the issue of forming an interim Cabinet at a proper time,” Choo said during a meeting of senior party officials.

Her remarks came a day after presidential hopefuls from the opposition bloc called on the three opposition parties, including the People’s Party and Justice Party, to begin discussions for Park’s impeachment.

The opposition bigwigs made the call shortly after the prosecution claimed Park’s complicity in the high-profile scandal implicating her friend Choi Soon-sil and her former aides, including An Chong-bum and Jeong Ho-seong.

As the prosecution announced the interim results of its probe, it indicted Choi, An and Jeong on various charges including abuse of authority, coercion and leak of confidential documents.

Rep. Woo Sang-ho, the floor leader of the main opposition party, said that his party will finalize its decision to begin discussions of Park’s impeachment during the general meeting of party lawmakers later in the day.

“We will discuss ways to push President Park to step aside at an early date, including the impeachment option,” he said. 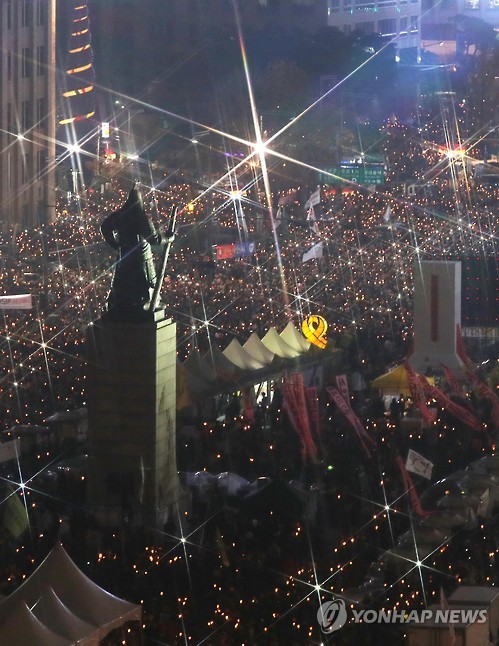 The party also said it would seek cooperation with other opposition parties and some members of the ruling Saenuri Party in initiating the impeachment process.

Opposition parties initially showed reluctance to push for Park’s impeachment — a time-consuming process, which could trigger a public backlash should the Constitutional Court reject it during its judgment over Park’s alleged improprieties.

But the impeachment discussions gained traction after the prosecution pinpointed the president as an accomplice in “considerable parts” of the alleged criminal acts involving Choi, An and Jeong.

Regarding the opposition’s interest in picking a new prime minister based on bipartisan consensus, the presidential office Cheong Wa Dae issued a thinly veiled criticism that the parties have been unresponsive to the move so far and hinted that under current circumstances, the chief executive may not move to appoint such a prime minister after all.

Earlier this month, Park accepted the parties’ demand to appoint a parliament-picked premier, believing that she would stay on as head of state. But the opposition parties are now demanding that a new premier be picked on the premise that Park will step down.

The presidential office, however, said its stance to settle differences with the parties through dialogue remains unchanged.