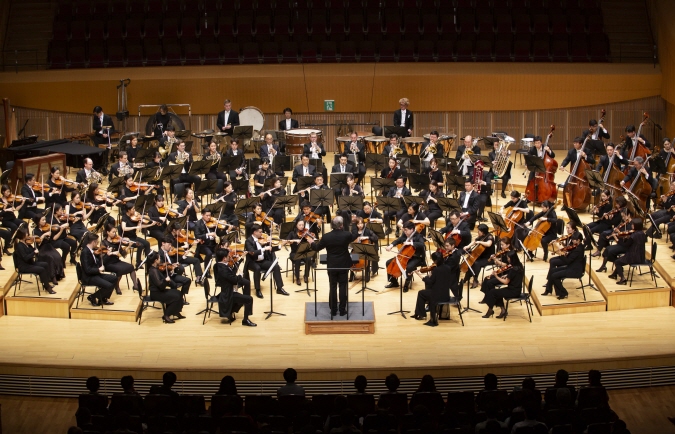 Some experts are concerned that prices are being cut without considering production costs. (image: Seoul Philharmonic Orchestra)

“These affordable 10,000 won tickets can help break the stereotype that classics are always expensive,” a source from KBS Symphony said.

“C-class seats are popular, because the cost is almost the same as watching a movie,” said a source from the Seoul Philharmonic Orchestra. “It’s a quality orchestra performance, so C-class seats are usually packed by the end.”

Bravocomm is offering affordable tickets for the upcoming performance by the Bulgarian National Radio Symphony Orchestra at Lotte Concert Hall. All ticket prices have been cut by more than half of the original price.

“We’ve been selling the tickets since August, but the results were not good,” said a source from Bravocomm. “We decided to lower prices to allow more people to watch the show, and now the reservations are gaining pace.”

Some experts are concerned that prices are being cut without considering production costs. On average, the cost of inviting a large-scale orchestra from overseas can reach as high as 1 billion won.

“Lower prices will mean bigger pressure on the agencies,” said an anonymous source from an entertainment agency. “Even if we fill up all the seats, we can only expect deficits unless there are additional sponsorships.”