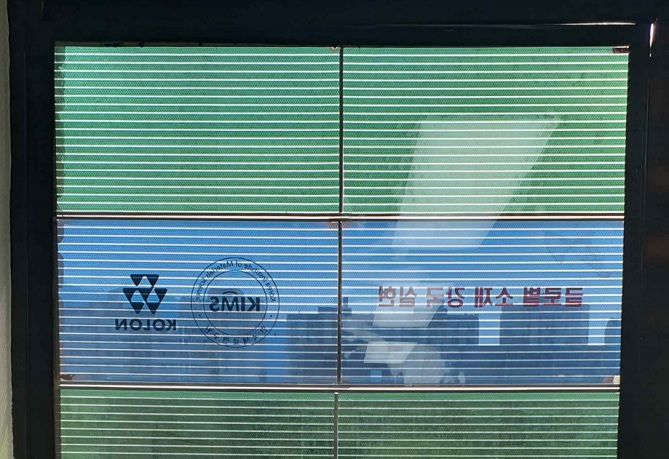 CHANGWON, July 7 (Korea Bizwire) — The Korea Institute of Materials Science announced on Tuesday that one of its research teams had developed an organic material-based smart window film, the first of its kind in South Korea.

Unlike existing smart window films that are made of inorganic material, the newly-developed film is consists of an organic material-based module that was created by converging a high performance solar cell and an electrochromic device.

When the film is affixed to a window, it stores power in the solar cell in normal times but is capable of adjusting the color of the window when desired.

The change of color and brightness depending on external weather conditions can contribute to reducing the energy loss of buildings since it helps adjust the level of heat absorption and reflection.

The film can also be used for curved surfaces since it is bendable and flexible. Accordingly, the research team expects the film to be used not only in existing buildings but also in a wider range of areas including automobiles and aircraft.