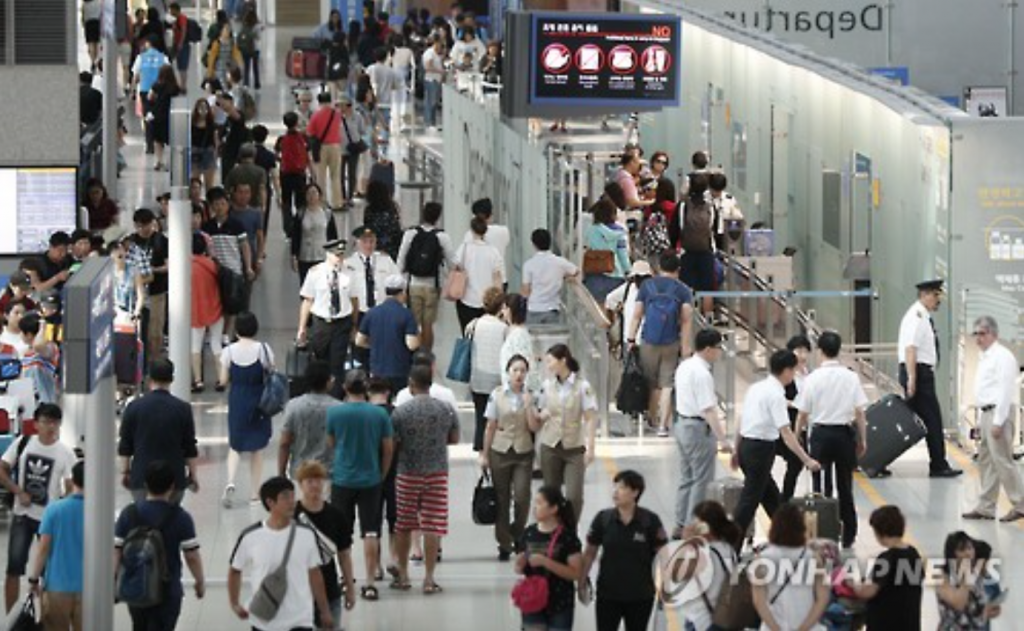 China was the destination that saw the biggest on-year jump with 92.3 percent, followed by Japan with 48.3 percent and Southeast Asia with 40.2 percent.

Mode Tour Network Inc., the No. 2 tour operator, said 152,000 bought its international travel products last month, up 33 percent from a year ago.

Travelers to North America logged the biggest on-year jump with 72.3 percent, trailed by China with 46.6 percent and Japan with 43.6 percent, Mode Tour said.

The outbound travel market has enjoyed a boom in recent years as more Koreans traveled abroad to take advantage of extended holidays and cheaper tickets offered by low-cost carriers.