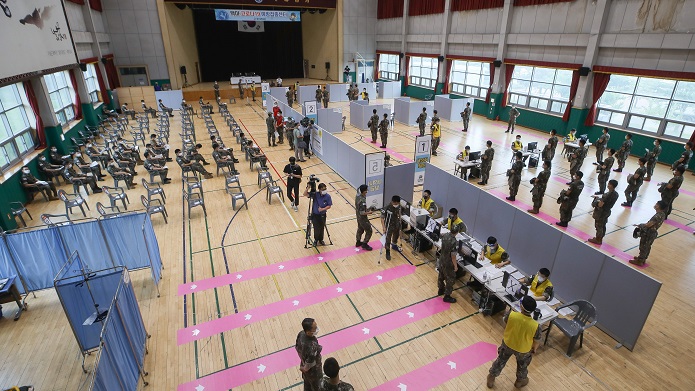 Service members stand in line to be vaccinated against COVID-19 in the city of Goyang, north of Seoul, on June 24, 2021. (Yonhap)

The defense ministry began its inoculation campaign in March and has been implementing it in phases. Soldiers aged 30 and older were given AstraZeneca’s vaccine, and they will receive the second shots starting around July.

On Saturday, the ministry reported a new COVID-19 case, as an Army officer in the southwestern city of Namwon tested positive after one of his family members was infected recently.

The latest case brought the total number of infections reported among the military population to 1,013.