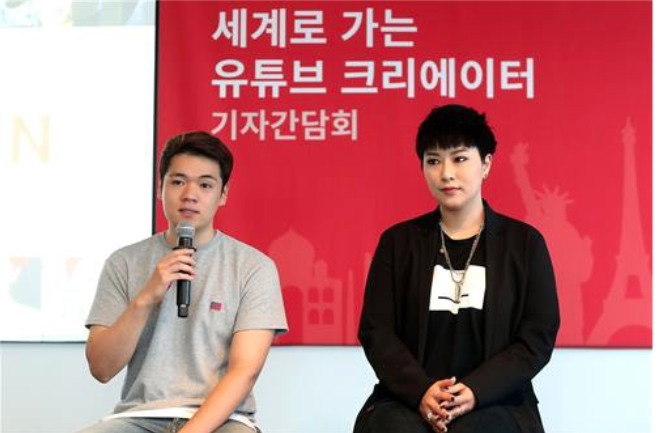 The South Korean market for online video streaming will continue to grow, Park said, adding that the company will continue to help local content creators expand their business. (image: Yonhap)

The viewing time of videos posted by 100 local YouTube channels jumped threefold between May 2015 and May 2016, Park Tae-won, a YouTube official, told reporters in Seoul.

Noticeably, the viewing count of local channels increased by 1.7 times during the cited period, Park said, adding that 80 percent of the views of some of the South Korean channels come from outside the country.

Park Soo-hye, who operates a YouTube channel that provides beauty tips under the nickname “Ssin,” echoed the view, adding the platform has also emerged as a new business opportunity. Her channel boasts nearly 1 million subscribers.

“I started the entertainment and beauty channel about two and half years ago, but began to realize the existence of overseas viewers after posting makeup tips for Disney characters such as Elsa,” Park said.