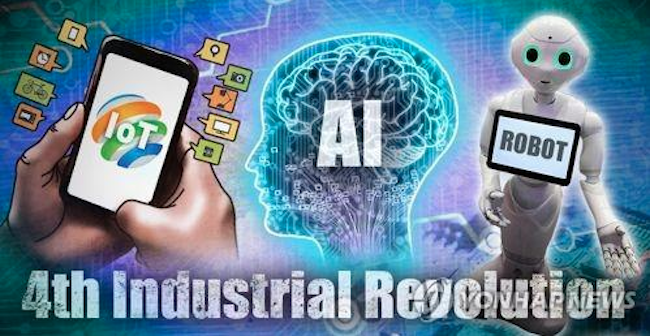 Nearly 50 percent of jobs in the United States can be automated with the emergence of the fourth industrial revolution, an Oxford University professor said Thursday. (Image: Yonhap)

SEOUL, Oct. 19 (Korea Bizwire) — Nearly 50 percent of jobs in the United States can be automated with the emergence of the fourth industrial revolution, an Oxford University professor said Thursday.

In a seminar held in Seoul hosted by the Institute for Global Economics (IGE), Carl Benedikt Frey, co-director of the Oxford Martin Programme on Technology & Employment, said that while many jobs can be taken over by machines, there should be enough jobs for people.

“I believe that as long as there are things that we can’t automate, there will be enough jobs to go around. Forty-seven percent can be automated means that 53 percent can’t,” the professor said.

If there is human demand for goods and services, there will remain a quantity of jobs in the future, he said. But he expected the number of low-skilled and high-skilled jobs will increase, while that of mid-skilled white collar workers will decrease with the latest technological revolution.

The fourth industrial revolution is characterized by a fusion of technologies that is blurring the lines between the physical, digital and biological spheres. It is set to fundamentally alter the way we live, work and relate to one another.