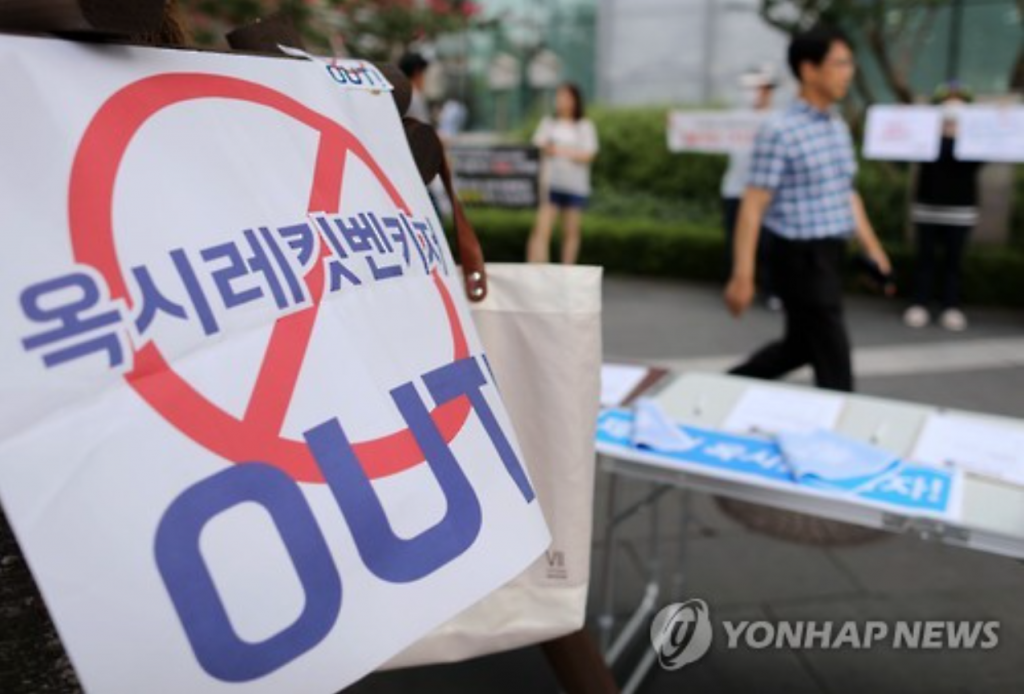 SEOUL, Aug. 9 (Korea Bizwire) – Oxy Reckitt Benckiser (RB) may have finalized its toxic humidifier sterilizer compensation plan, but victims and their families are still not convinced. Instead, they’re criticizing the company for applying a double standard to the compensatory measures.

“Oxy RB is the biggest aggressor in the toxic sterilizer tragedy. It concealed and manipulated the facts,” said a coalition of victims’ organizations that rallied in front of Oxy RB headquarters in Yeouido, denouncing the company’s plans. “It said it would gather opinions of victims and victims’ families, but it has so far refuses to engage in talks with the official negotiation group established by the victims’ organization.”

The groups went on to criticize Oxy RB’s double standard, accusing the company of applying the then-lenient Korean safety standard instead of its own stricter protocols, and now doing the same thing to assess the value of damages.

“If such an incident took place in the U.K., RB would have had to pay about 10 percent of its sales, that is 1.8 trillion won ($1.6 billion), in fines on top of individual compensation as damages,” said the groups, who added that they had no doubts that Oxy RB is taking advantage of Korea’s relatively lax corporate punishment.

Under the company’s compensation program announced on July 29, Oxy RB plans to pay for all medical treatment related to the side effects of using the disinfectants, while providing up to 350 million won ($314,000) in compensation to victims for any mental pain they had to endure. As for the cases involving young children who were seriously affected or died because of the sterilizer’s chemicals, the company said it will offer 1 billion won in compensation.

However, the victims claimed that the plan does not cover all affected or potentially affected victims. Currently, the victims are categorized into 4 classes: Class 1 (confirmed relation to concerned sterilizer), Class 2 (high relation), Class 3 (low relation), Class 4 (no relation). According to the groups, Oxy RB’s proposed plan only covers Class 1 and Class 2 victims, with no mention of Class 3 and Class 4 victims.

During a press conference held after the rally on Tuesday afternoon, the groups demanded that the company withdraw its plan, and called on RB CEO Rakesh Kapoor to make an official apology to Korean consumers and victims.

The toxic humidifier sterilizer case has left over 200 dead, with the potential number of victims believed to surpass 2.2 million.