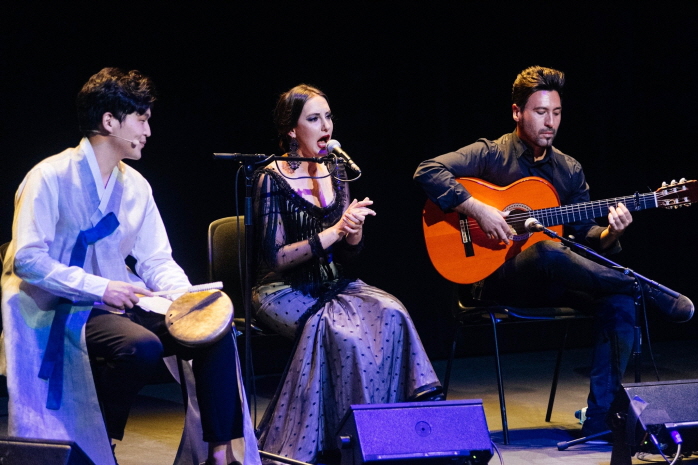 “Meet Korea-Spain Traditional Music: Pansori & Flamenco,” was held at the Teatro de la Abadía on May 22. The 300-seat theater was filled with local spectators to enjoy the traditional arts ensembles of the East and West.

The next generation of pansori ‘sorikkun’ Jung Bo-gwon, a traditional singer from South Korea, a leading pianist in Korea’s free jazz scene, Miyeon, and Park Jae-cheon, a percussionist, participated in the festival.

The festival, organized by the Korean Cultural Centre in Spain under the auspices of the Spanish National Commission for Cooperation with UNESCO, was organized as a “Korea Sound Festival” program introducing Korean culture. 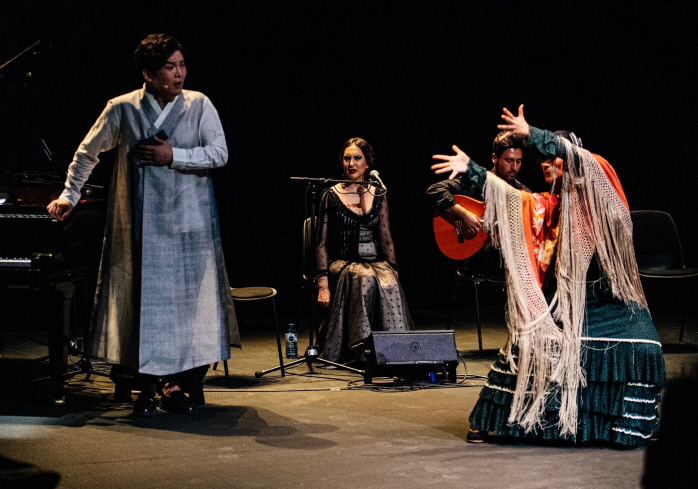