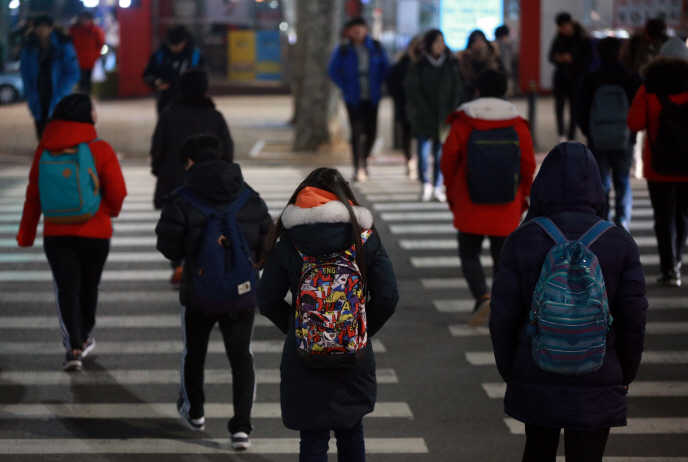 more parents want their children to ‘stand out’ than feel forced by peer pressure to enroll their kids in private education.(Yonhap)

SEOUL, Jan. 20 (Korea Bizwire) — Most parents sending their children to elementary, middle, or high schools do not trust the school teachers in terms of their capability, and send their children to private education classes as well, a recent study revealed.

The Korean Educational Development Institute conducted a survey of 4,000 South Korean men and women between the ages of 19 and 74 in August and September of last year, in which 97.9 percent of respondents who sent their children to kindergarten, elementary, middle, or high school (949 people) also enrolled their children in private education programs.

Only 2.1 percent (20 people) said they don’t send their children to private classes.

As for why their children are enrolled in private education, 24.6 percent of the parents said they want their children to stand out from others, while 23.3 percent said they were doing it because of peer pressure.

Unlike in 2017 and 2018, more parents want their children to ‘stand out’ than feel forced by peer pressure to enroll their kids in private education.

At 94.7 percent, the vast majority of parents said that private education is costly, up by 6.3 percent points since last year. Only 3.3 percent said otherwise.

Almost half of the parents said they don’t intend to send their children to schools overseas, while 37.6 percent said otherwise.

Another 58.8 percent agreed with the question that South Korea still discriminates against people without college degrees.

A similar proportion said that the academic factionalism and hierarchy among universities in South Korea will persist.