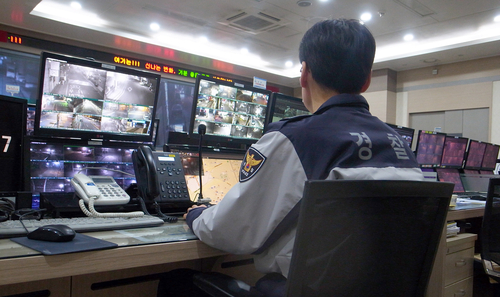 The city government has received increased demand from Incheon citizens for the installation of CCTV equipment to be used for crime prevention. (image:Yonhap)

SEOUL, Feb. 21 (Korea Bizwire) — The city of Incheon will install 349 sets of CCTV surveillance cameras by 2018 as part of its crime prevention efforts. According to an announcement from the city government on February 20, 49 sets of cameras will be installed this year and 100 sets in each of the following three years.

The city government has received increased demand from Incheon citizens for the installation of CCTV equipment to be used for crime prevention. The government will install CCTV cameras in areas vulnerable to crime, such as small alleys. Installing one set of CCTV cameras will cost 10 million won, and the city will spend a total of 3.5 billion won (US$ 3.1 million) on the project.

CCTV cameras featuring audio surveillance microphones will also be installed at some locations. These CCTV sets with ‘ears’ will feature an automatic detection and reporting system of abnormal sounds, such as human screams, car crashes or shattering glass. Incheon will install 100 units of the audio-enabled CCTV cameras in districts with established or planned control centers that the automatic detection system can send audio reports to.

According to the city’s report, the Incheon police department has solved 862 criminal cases based on CCTV footage over the last five years. The number of existing surveillance cameras in Incheon is currently 2,938, including 71 sets that were installed last year.