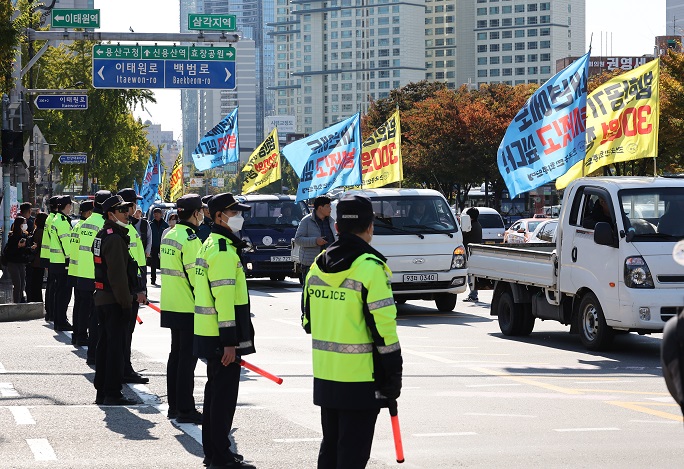 This Oct. 25, 2022, file photo shows a farmers’ group holding a rally near the presidential office in Yongsan, central Seoul. (Yonhap)

SEOUL, Dec. 1 (Korea Bizwire) — The National Assembly’s interior committee on Thursday approved a revision bill aimed at prohibiting rallies held within a 100-meter radius of the presidential office, and the residences of current and former presidents.

The bill was tabled following complaints over noise and inconvenience due to persistent protests around the presidential office in central Seoul and the residence of previous President Moon Jae-in Yangsan, about 310 kilometers southeast of Seoul.

The ruling People Power Party and the main opposition Democratic Party both approved the bill through the committee.

Rep. Yong Hye-in of the minor progressive Basic Income Party, however, opposed the bill, saying it could be “unconstitutional” to block people from holding rallies near the presidential office and residence.