SEOUL, Dec. 12 (Korea Bizwire) — A week has passed after a Korean Air happening in New York that resulted in dropping-off of a flight attendant while the plane was taxiing. So many parodies have since been produced on the Internet mocking the heroine of the “nuts incident,” Heather Cho, or Cho Hyun-ah, Korean Air senior vice president and heiress to the owner, in the various forms of commercials, videos and even 3D animations.

A poster shows a Korean Air aircraft with so many peanuts dropping out of it. Another mock poster features a pack of “Peanuts again!” made exactly the way the Korean Air manual instructed. Most Korean Internet users prefer to call it the “peanuts incident” although the episode was due to inappropriate services over macadamia nuts.

What’s funny is that the sales of macadamia nuts have increased at an explosive rate after the incident. Major search engine companies such as Naver and Daum reported “macadamia” has become one of the top search words for days since last Friday. One of the fake commercial images says “The exactly same peanuts [macadamia nuts] that you can have in the first class cabin!”

A 90-second YouTube video “Peanut Airlines” uploaded by someone with an ID name “Krieg Lance” again makes fun of the episode with narrations like “We at Peanut Airlines serves fresh peanuts harvested in specially contracted farms on a plate. If any of our executives are on board in the first class cabin, we grind the nuts right on site and serve them.” The video logged in 170,000 clicks in two days after uploading.

Even Americans are in on the nuts bandwagon. TomoNews, a U.S. online media, launched a 3D animation. The video shows a flight attendant serving nuts in a bag. To this, Ms. Cho gets furious and yells at the male cabin manager. With lightening flashing behind her head, her fury reaches its apex and she ends up throwing the manager out on the runway. 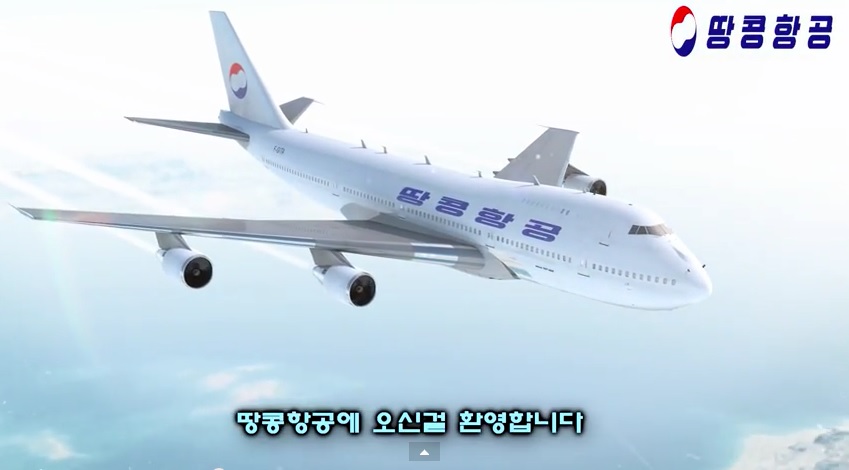 The video of “Peanut Airlines” logged in 170,000 clicks in two days after uploading. (image: screenshot of Youtube)

12 thoughts on “Parodies of “Nuts Incident” Proliferate on the Internet”