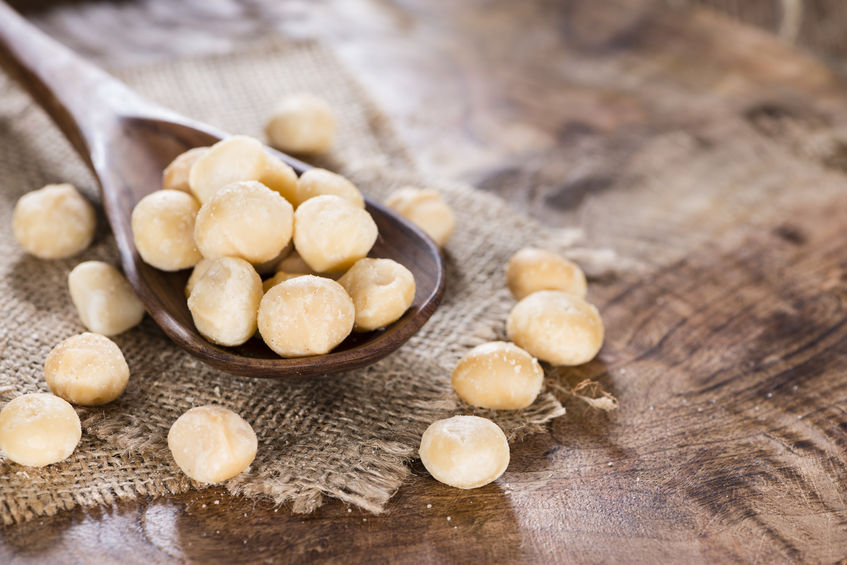 Sales of nuts, including macadamia, saw an unexpected jump in Korea after the snack handed to Cho was known as macadamia nuts. (image: Kobiz Media / Korea Bizwire)

SEOUL, Dec. 11 (Korea Bizwire) – It may not have been funny to her fellow passengers, but thanks to Korean Air vice-president Cho Hyun-ah, who recently delayed a flight she was on by kicking the head flight attendant off the plane, macadamia nut vendors are laughing all the way to the bank.

Vice-president Cho, also known as Heather Cho, booted the chief flight attendant off a plane that was taxiing for takeoff in New York on December 5. Cho argued that a crew member handed her a pack of nuts, ignoring the company’s in-flight service guidelines, which mandate that the snack be served on a plate, so she decided to hold the crew chief responsible.

The snack handed to Cho consisted of macadamia nuts, not peanuts as reported by some news media. Macadamia nuts are categorized as “premium” nuts along with pistachios as they are hard to harvest. Following the incident and widespread criticism, Cho resigned from all of her posts within her father’s company.

In the meantime, sales of nuts, including macadamia, saw an unexpected jump in Korea. According to Gmarket, one of Korea’s largest online marketplaces, sales of macadamia nuts on December 8 and 9, when the incident made headlines, were up 149 percent from the previous week. During the same period, sales of nuts in general increased 36 percent.

An online shopping industry official said, “In spite of the fact that the nuts sell better in winter time, it is not easy to achieve a 100 percent sales increase in just a week without special events.”