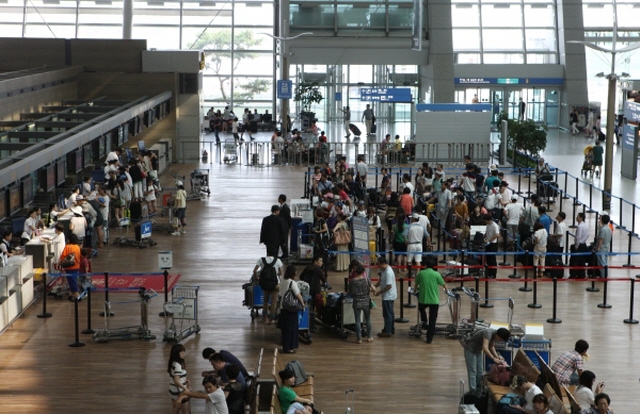 SEOUL, Oct. 17 (Korea Bizwire) — All passengers bound for the United States will be required to undergo a security interview at airports in their countries amid growing concerns about terrorist attacks, the transport ministry said Tuesday.

On June 28, the U.S. Transportation Security Administration (TSA) asked airlines across the world to carry out a thorough security check of passengers bound for the U.S. through interviews and screening, the Ministry of Land, Infrastructure and Transport said in a statement.

But full-service carriers such as Korean Air Lines Co. and Asiana Airlines Inc. have asked TSA to delay the implementation of a security interview until the No. 2 terminal at the Incheon International Airport is completed in January next year, the official said.

“The airlines asked for the delay as it takes time for them to make preparations for the security checks,” he said, adding Korean Air is scheduled to move to the No. 2 terminal and Asiana will remain in the existing No. 1 terminal.

TSA called on some 250 airlines to apply for a delay in the implementation and give the reasons for the delay request by Oct. 19, he said.

At the U.S.’ request, full-service and low-cost carriers already began to carry out additional screenings of portable electronic equipment such as notebooks and smartphones before boarding gates from July 19, the statement said.

“The security interview also applies to passengers who travel to the U.S. via Incheon International Airport. Airline staff will ask if passengers are carrying baggage that they may be carrying on behalf of someone else and whether or not they have booked a one-way ticket instead of the more common two-way reservation,” the official said.