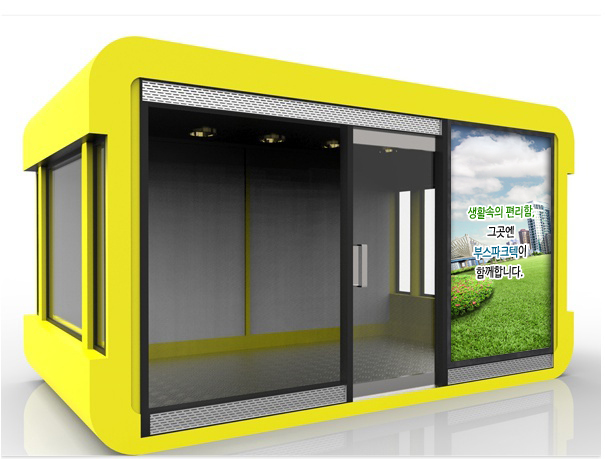 The KIPO announced that the number of patent applications related to smoking rooms was only two in 2009 and one in 2010. However, it more than doubled since 2011 annually, and this year as of September, it was 34, already doubled from that of last year. (image: Booth Park Tech)

SEOUL, Nov. 4 (Korea Bizwire) – As the voice of smokers becomes louder for their smoking rights in Korea, the number of patent applications related to smoking rooms which can be a compromising alternative for both smokers and non-smokers is skyrocketing, according to the Korean Intellectual Property Office (KIPO).

The KIPO announced that the number of patent applications related to smoking rooms was only two in 2009 and one in 2010. However, it more than doubled since 2011 annually, and this year as of September, it was 34, already doubled from that of last year.

The South Korean government is imposing heavy sanctions on smoking in public places such as Internet cafés by expanding the implementation of the National Health Promotion Act since 2011 and recently it announced that it would raise the cigarette price to reduce the smoking rate from next year.

Especially, as most patent applications on the smoking rooms were submitted by small- and medium-sized companies (51%) and individuals (45%), the smoking rooms are rising as a new source of income for small businesses. In fact, an industrial booth manufacturer and a mobile toilet vendor began producing smoking rooms. 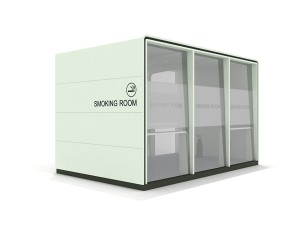 Meanwhile, as more information technologies such as sensors and the Internet are grafted onto the smoking rooms, they are now turning them into “smart smoking rooms.” The most representative cases are “for-fee smoking room” verifying the users with RFID cards or smartphones, the “inverter controlled smoking room” controlling the speed of exhaust fan based on the number of users, and the “intelligent smoking booth” enabling the operator to control remotely through the Internet and counteract in emergency situation such as fire and crime.

An official at KIPO said, “Recently, the Constitutional Court ruled that the National Health Promotion Act banning smoking in some places constitutional and it is expected that the regulation will get stricter. As a war to secure patents related to the smoking rooms intensifies, it is better for related companies to submit fresh ideas and earn the patents as early as possible.”