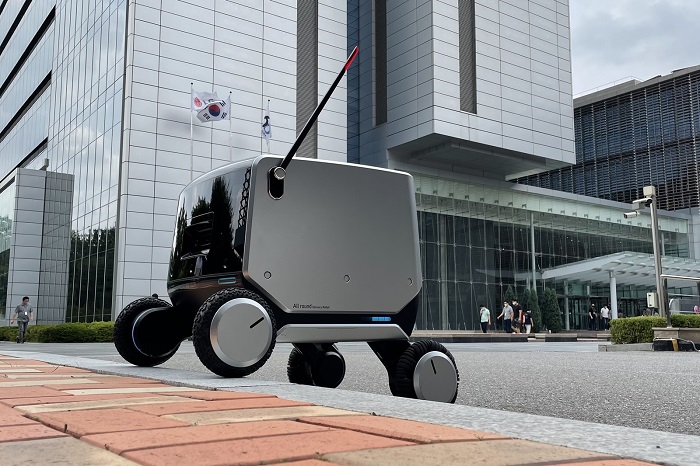 The Korean Intellectual Property Office reported that a total of 234 patents were registered between 2016 and 2020 in relation to logistics robot technology.

Each year, the rate of registration rose by an average of 29 percent.

Sorted by types of robots, 50.4 percent (118) of the patents dealt with pick-up and load robots at warehouses. The remaining 49.6 percent (116) were in relation to unmanned delivery robots.

Patent registrations in relation to unmanned delivery robots skyrocketed by an average of 67 percent every year since 2018 likely due to the rise of contactless services that boosted demand for unmanned robots that combine autonomous driving and AI technology.

Pick-up and load robots also evolved beyond the simple task of picking up and carrying parcels to deal with categorizing and packaging them as technological competition grew fiercer than ever.

Among the patent applications, 78 percent were submitted by South Korean nationals, easily outnumbering those submitted by foreigners (22 percent).

With dwindling patent applications from large conglomerates, patent submissions from small and medium enterprises jumped by an average of 90 percent every year since 2018.