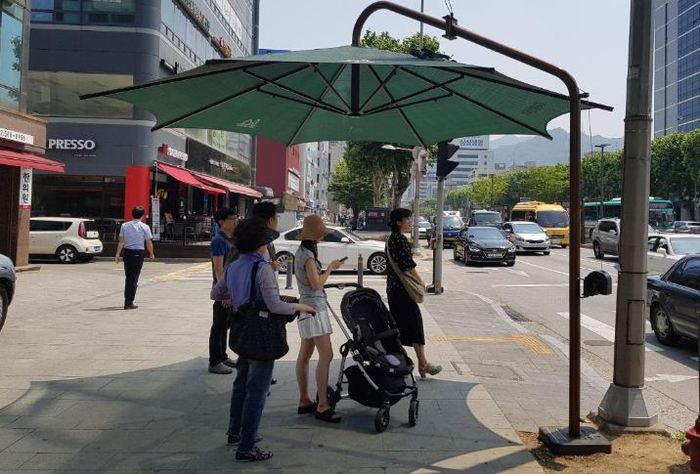 SEOUL, Aug. 23 (Korea Bizwire) — An initiative to install large parasols strategically at major pedestrian crossings spearheaded by Seoul’s Seocho District in 2015 is being benchmarked by local governments across the country.

Large parasols similar to those installed in Seocho can also be found in the city of Busan as well as South Chungcheong, South Jeolla and Gangwon provinces, and on Jeju Island, according to the district. 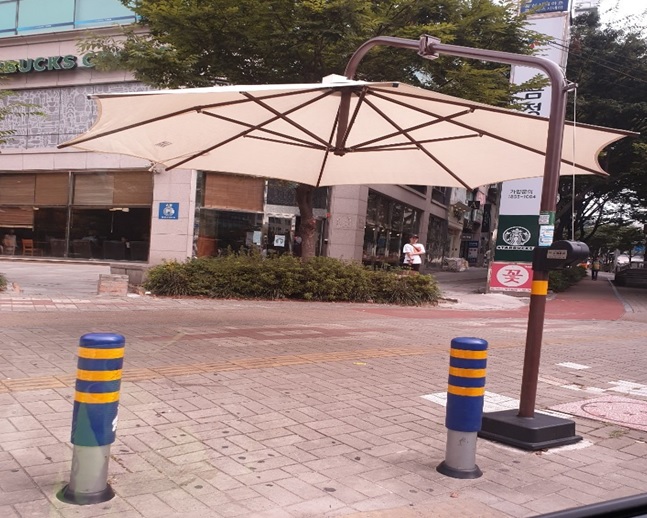 The district has expanded the number of parasols this year to 183 locations amid a favorable response from residents. 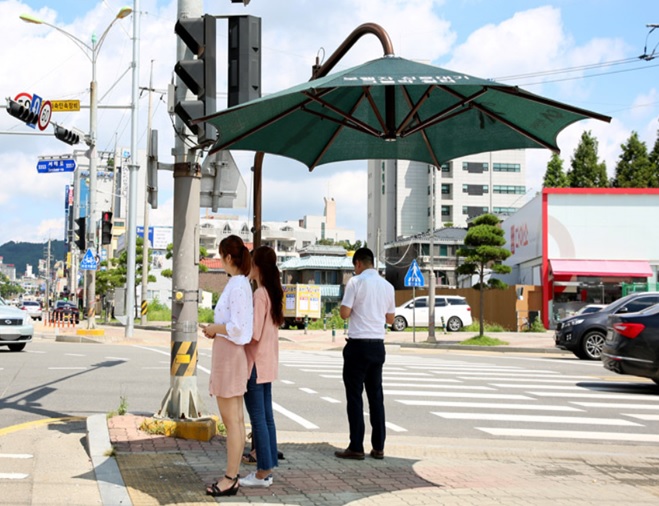