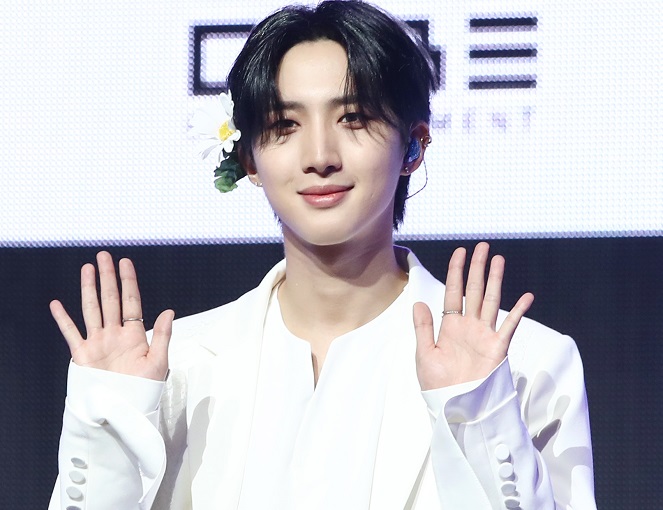 This file photo, taken Oct. 12, 2020, at Blue Square Hall in central Seoul, shows Hui, the leader of the K-pop boy band Pentagon, posing during a showcase for the release of the group’s 10th EP, titled “WE:TH.” (Yonhap)

The 28-year-old group leader and producer will enter a boot camp on Feb. 18 for four weeks of basic military training and then serve as a social worker, according to CUBE Entertainment.

All able-bodied South Korean men are required to serve in the military, but those judged unfit for active-duty service are allowed to serve an alternative one.

The agency said it will not share further details on the venue and schedule of his enlistment to prevent fans from gathering amid the new coronavirus pandemic.

Hui initially planned to enlist in December but postponed the schedule as he had to quarantine after performing in a music program where a person was infected with COVID-19. He and the group’s other members tested negative for the virus, according to the agency.

Since debuting in 2016, Hui has led the nine-member group to become a famously self-produced band. He took part in writing the group’s hit songs, including “Shine,” released in 2018, and “Daisy,” released in October last year.