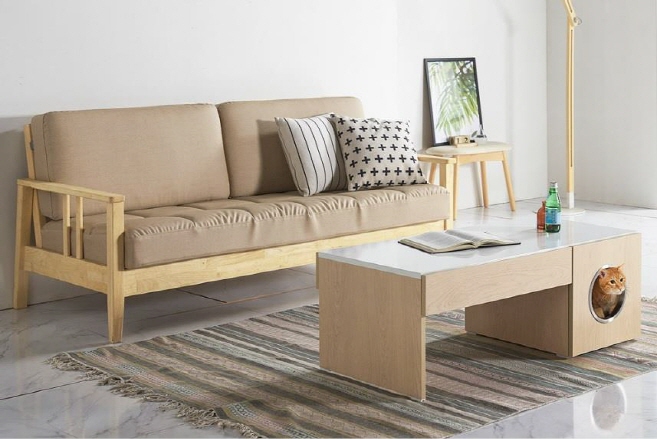 A sit-down table where pets can go in and out. (image: Gmarket)

SEOUL, Nov. 18 (Korea Bizwire) — With the advent of the era of 10 million “PetFam (pet family)” people who regard pets as family members, the home interior market for pets is also growing rapidly.

According to major online shopping mall Gmarket, sales of residential environment-related items related to pets increased significantly during the month from October 15 to November 14 compared to the same period last year.

Anti-slip tape, which helps keep pets from slipping in the house, sold more than twice as well as the same period last year.

Sales of related products have more than tripled as more and more people have changed their home flooring to non-slippery flooring materials exclusively for pets.

Recently, furniture that can be used with pets has also been introduced, such as a sit-down table where pets can go in and out.

“As more and more people consider pets as family members, the residential environment is also changing to be suitable for living together,” a Gmarket official said.