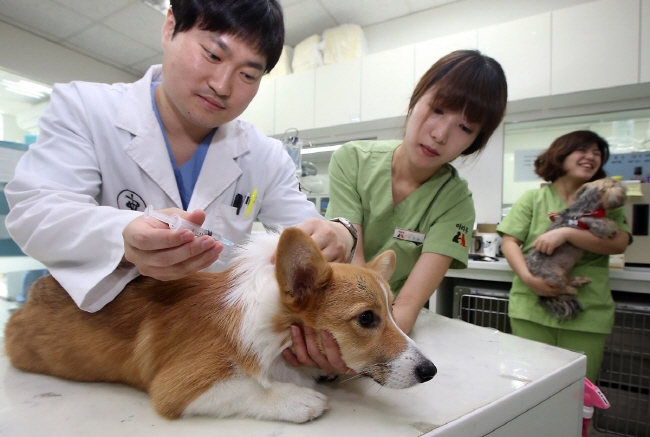 Roughly one-third of hospital visitors claimed that they spent more than 100,000 won (US$92) per visit. (Yonhap)

The Consumer Union of Korea conducted a survey of 1,000 consumers with prior experience of visiting a vet clinics, 80.7 percent of whom felt uncomfortable with the medical costs.

Another 16.7 percent of respondents were suspicious of overtreatment, while 15.8 percent did not receive any information on medical fees prior to treatment and 14.1 percent believed that animal hospitals charged excessively.

Among respondents, 38.3 percent said they had not compared medical costs between different vet clinics.

As for the reason, 34.6 percent blamed a lack of access to information on medical fees, while 27.4 percent said that comparisons were difficult since they required medical expertise.

Only 24.3 percent of respondents gained information about medical fees prior to treatment.

Almost half of the respondents received information about medical fees after the treatment, either by checking the receipt (26.9 percent), or being verbally informed by the vet (21.5 percent).