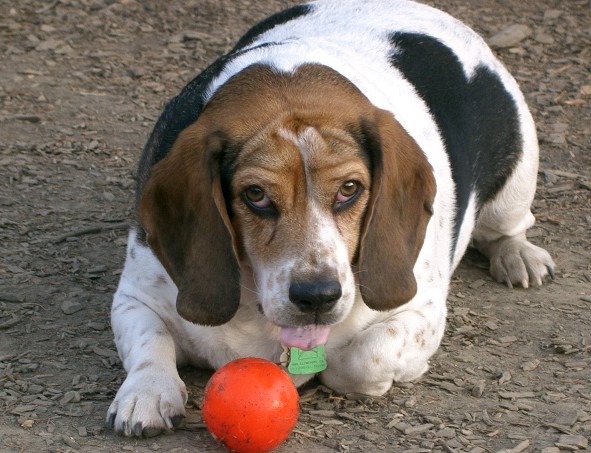 “Stop staring at me like that. I’m not obese, I’m a little chubby.” (image: a fat beagle/Wikimedia Commons)

The task force consists of a group of obesity specialists in medicine, nursing, dietetics, and exercising; and who are seasoned professionals in public relations and even experts on liberal arts and social matters.

To start, the task force will determine its first discussion topic at the general meeting scheduled on October 27 and afterwards come up with a special program to control obesity that NHIS hopes can be put into practice.

When it comes to obesity, 32.4% of Korean adults aged over 19 are considered to be obese, although with differences of degree, according to the Body Mass Index categories.

Obesity epidemic entails social cost. The total treatment cost to address obesity shot up from 1,900 billion won in 2007 to 2,700 billion won in 2011. This statistics indicate that it is urgent for an organization at the government level to take the lead in combating obesity as a national problem to address.

“NHIS, as the state-run organization, is responsible for Koreans’ life-long health, and the entity should make a turning point for the health insurance paradigm with preventive healthcare and health promotion services.” underscored an official at NHIS.