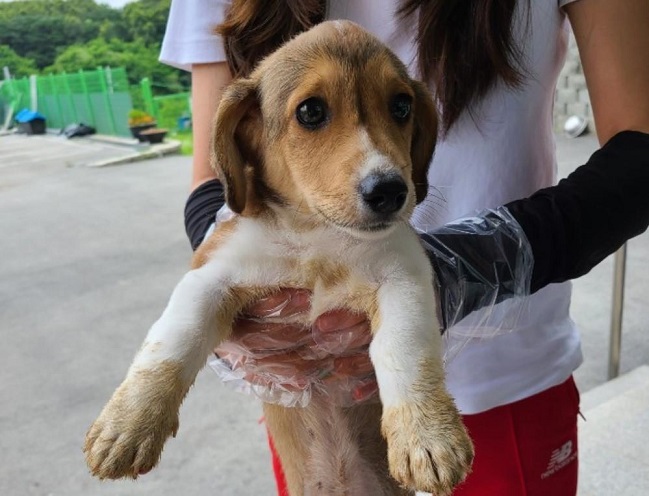 Some pets are abandoned because the owners fail to find someone to care for them while they are away for a long time. (image: Ministry of Agriculture, Food and Rural Affairs)

CHEONGJU, July 10 (Korea Bizwire) — With the coronavirus pandemic showing no signs of easing, both humans and pets are struggling.

Pets, in particular, are being abandoned or abused as owners face financial difficulties.

The Ministry of Agriculture, Food and Rural Affairs’ Animal Protection Management System showed a 3.7 percent increase in the number of abandoned animals in the first half of this year (64,083 cases).

“Many people are leaving their pets behind as they struggle to pay for their medication and food,” said a local animal protection agency in Cheongju.

The problem lies in the fact that more pets are abandoned during the summer season. In a significant number of cases, old or sick pets are taken to vacation spots only to be left behind.

Some pets are abandoned because the owners fail to find someone to care for them while they are away for a long time.

Last year, 133,516 animals were registered as abandoned pets on the Animal Protection System, 29.7 percent of which were left behind during the summer months from June to August.

“There is an urgent need for more pet sitters who can care for pets during vacation seasons,” said Lim Yeong-ki, head of Animal Rescue Korea 119.

“Abandoning pets generates a considerable amount of social cost, which is a good enough basis to introduce stronger punitive measures against people who abandon them.”