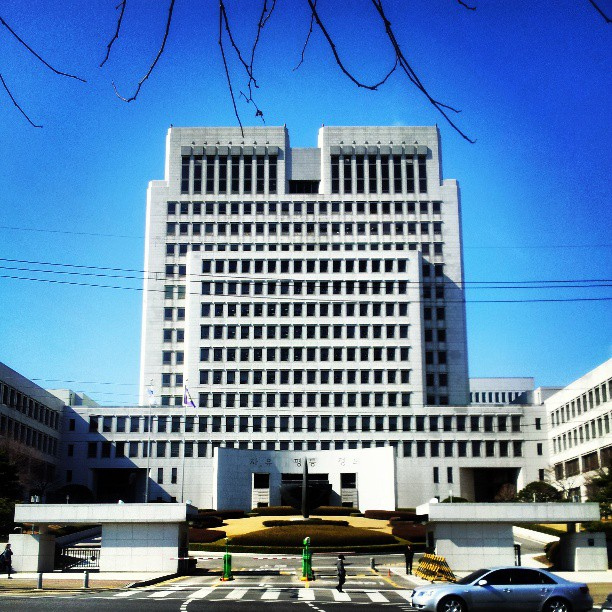 As the Supreme Court verdict has been made, KT will have to wait for the next six months to bid again for contracts put out by the central government, local governments, and state-run corporations. (image:Jordi Sanchez Teruel/flikr)

SEOUL, Oct. 25 (Korea Bizwire) – As KT loses in a Supreme Court case in protest of a lower court decision that endorsed 2012 sanctions by the Ministry of Defense against the telecom firm, it won’t be able to take part in government-commissioned biddings for the next six months.

The Supreme Court justices said on October 24, “It is clear that the plaintiff’s claims are without merit as there is no evidence to substantiate the claims.”

Earlier in April 2012, the defense ministry had designated KT as an unethical business enterprise for being caught bribing an officer in charge of communications contracts for the Third ROK Army Headquarters and restricted the company from entering government-initiated contracts for six months.

At the time, KT objected to the judgment, arguing, “The company had nothing to do with the bribing and the six-month restriction is excessive given the money amount changing hands.”

As the Supreme Court verdict has been made, KT will have to wait for the next six months to bid again for contracts put out by the central government, local governments, and state-run corporations. In addition to KT, SK Broadband is also awaiting sanctions from the defense ministry for the same case.

Once the decision is made, which is expected by November, the company will be slapped with sanctions lasting two to three months. LG Uplus is another defendant waiting for the determination.

The implicated officials of the three telecom companies were caught giving a total of 60 million won to an army officer responsible for the Army Headquarters’ dedicated communications line lease contracts, including 14 million won from KT, 9 million won from LG Uplus, and 640,000 won from SK Broadband. The officer was sentenced to three years of imprisonment.