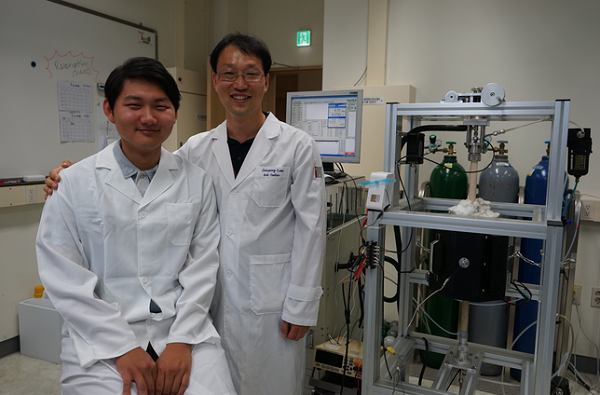 By taking advantage of the used coffee grounds, the technology is expected to offer new possibilities as an energy source while contributing to environmental protection, by providing stable electric power in an eco-friendly way.

According to an August 7 statement from the Gwangju Institute of Science and Technology, professor Lee Jae-young and researcher Jang Han-saem succeeded in powering a carbon fuel cell by employing wasted coffee grounds as a fuel.

In existing carbon fuel cells, the biomass materials require modification through carbonization or gasification for usage, but the research team made no special modifications for their usage of coffee grounds as a fuel, except for drying them out naturally over three days.

As a result, the carbon fuel cell’s power was 88 percent higher when compared with high-grade carbon sources such as carbon black that are generally used as fuel. In addition, there was only a small amount of ash left after producing the electricity, a good way to recycle the coffee grounds.

Professor Lee said, “If we utilize the used coffee grounds as a green energy source, it could contribute to regional small-scale power distribution.”

The research was funded by the New and Renewable Energy Technology Development project from the Korea Institute of Energy Technology Evaluation and Planning (KETEP), and was published in the online version of Journal of Power Sources on August 1.