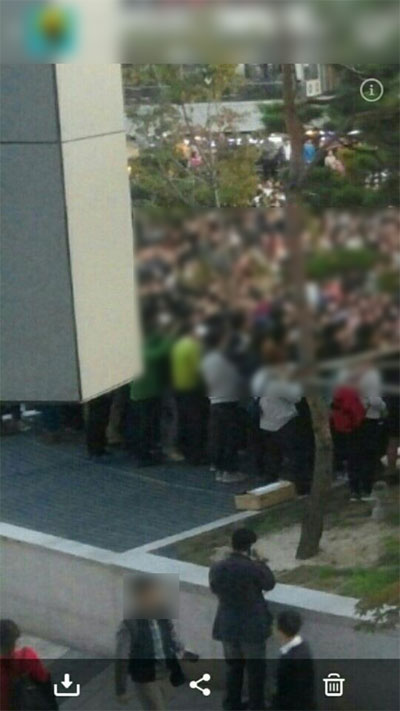 An image showing the risky moment right before the tragic accident. (image: Internet)

SEONGNAM, Oct. 17 (Korea Bizwire) – The number of causalities from an accident at a pop concert in Seongnam, South Korea, which was caused by a sudden collapse of a ventilation grate on which most victims were standing to watch K-pop girl group 4Minite concert,  has just been identified and confirmed.

The nation’s fire department, responsible for handling emergency care in accident, announced the latest casualty figures totaled 27 — 16 people were killed and 11 spectators were seriously wounded — as of about 9 p.m. (local time) on October 17. The casualties fell more than 10 metres from the site into an underground parking area.