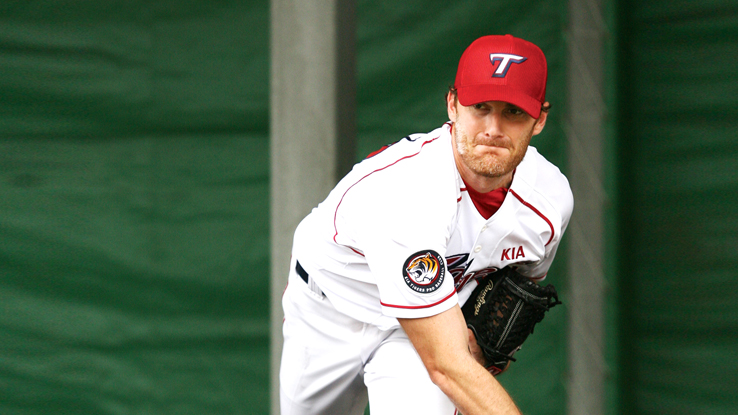 SEOUL, Jul. 21 (Korea Bizwire) — Philip Humber, who once threw a perfect game in Major League Baseball (MLB), was released by his South Korean club on Monday.

The Kia Tigers in the Korea Baseball Organization (KBO) said they’ve placed the 32-year-old right-hander on waivers. In his stead, the Tigers acquired another right-hander, Evan Meek, for US$150,000, with no signing bonus.

He was demoted to the minors on May 17, but in three appearances following his return, Humber went 1-1 with a 5.19 ERA, giving up five earned runs in 8 2/3 innings.

Humber was sent back down to the minors on June 27 and never returned. The Tigers ended the first half ranked seventh among 10 clubs at 38-44.

Humber had made headlines when he signed with the Tigers, thanks to the perfect game he tossed as a member of the Chicago White Sox in 2012.

This year, Meek pitched in 30 games for the Syracuse Chiefs, the Triple-A affiliate for the Washington Nationals, and went 2-4 with a 2.15 ERA.