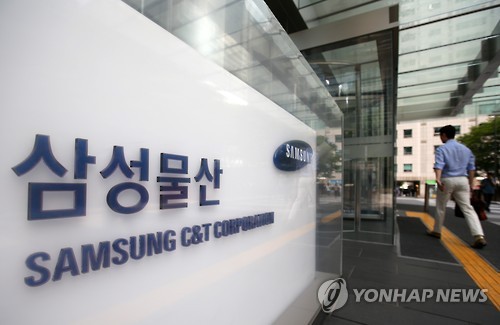 SEOUL, July 7 (Korea Bizwire) – After the proxy advisory firm Institutional Shareholder Services (ISS) released its report opposing the merger between Samsung C&T and Cheil Industries, the de facto holding company of the Samsung Group, Korean stock companies criticized faults in the advisory report one after another.

On July 6, Korea Investment and Securities assumed that the proper valuation of Samsung C&T should be 59,629 won (US$53), considering all the factors that the proxy advisor ISS presented.

Lee Kyung-ja, an analyst at the stock firm, said, “ISS’s valuation of Samsung C&T is based on the 2014 EBIT of the company, which was a boom period for the company. As its performance is expected to decrease in the future, its value should be downgraded.”

On July 3, ISS recommended that investors reject Samsung Group’s proposed merger of the two business units during an upcoming vote on July 17, saying the US$8 billion takeover disadvantages Samsung C&T shareholders. It assessed the value of the company at 110,234 won (US$97.9) per share, and the merger ratio between Cheil Industries and Samsung C&T at 1 to 0.95. The proposed merger rate is 1 to 0.35.

In addition, she argued that ISS wrongfully calculated the value of the company by assuming its holding shares were worth market prices and by duplicating its overseas assets.

Lee said, “In addition, its construction business is hard to stand alone. If the merger deal is rejected, the share prices of Samsung C&T will fall rather than rise.”

Chae Sang-woo, an analyst at Hana Daetoo Securities, claimed that ISS’s valuation of Samsung C&T’s business at 7.3 trillion won (US$6.48 billion) was unreasonable.

“In the past five years, the long-term share price of Samsung C&T was led by its operation value. Currently, the construction sector is sluggish due to the sudden fall in the price of oil, and Samsung C&T’s construction segment is expected to see its value drop continuously,” he said.

Meanwhile, Eugene Investment and Securities pointed out that the ISS report undervalued the bio business sector of Cheil Industries. ISS valued the sector at 1.5 trillion won.

“Consequently, ISS calculated the PER of Samsung bio at 4.2 times. Its merger ratio based on the devaluation of Cheil Industries is groundless,” he added.