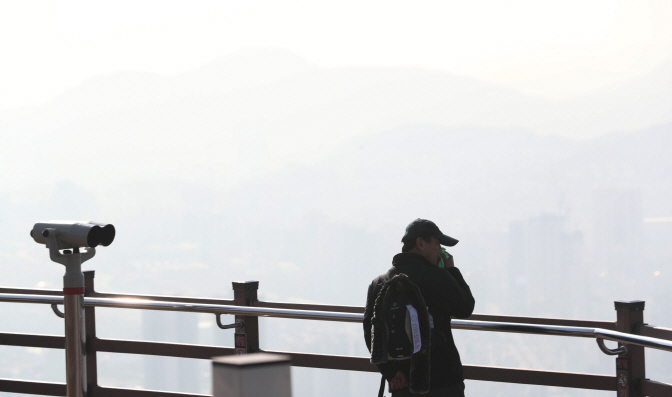 In South Korea, the monthly average level of PM2.5 reached the “bad” level last month as air pollution worsened due to the onslaught of extraordinarily heavy levels of choking fine dust. (image: Yonhap)

SEOUL, Apr. 1 (Korea Bizwire) — The average concentration of PM2.5 harmful particles in the air reached the highest level in Seoul last month since it began to be observed in 2015, according to data released Monday by a state-run think tank.

The National Institute of Environmental Research said the average concentration of PM2.5, particles that are smaller than 2.5 microns in diameter, came to 44.6 micrograms per cubic meter of air volume in the South Korean capital in March.

In March every year, the concentration of PM2.5 particles hits the highest level for the year, partly due to the infusion of such particles carried on winds from China into the Korean Peninsula and the springtime prevalence of a migratory anticyclone over the peninsula.

In South Korea, the monthly average level of PM2.5 reached the “bad” level last month as air pollution worsened due to the onslaught of extraordinarily heavy levels of choking fine dust.

In the first seven days of March, most of South Korea, including Seoul, was hit by heavy concentrations of PM2.5 particles that were about six times higher than the maximum density recommended by the World Health Organization.

On March 5, the South Korean capital saw the average concentration of PM2.5 reach 135 micrograms, the highest ever.