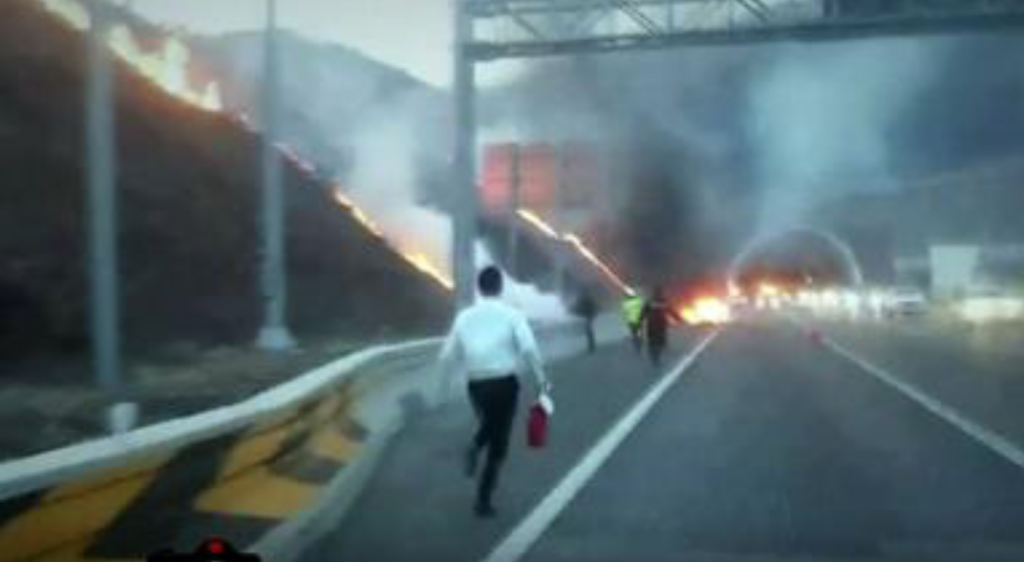 SUWON, South Korea, March 22 (Korea Bizwire) – A fire that erupted near the Second Surisan Tunnel on the Suwon-Gwangmyeong Highway on March 16 was quickly extinguished thanks to a rapid response by a squad from the Gyeonggi Nambu Provincial Policy Agency, preventing what could have led to a major forest fire, said the agency Tuesday.

According to officials, the squad was on its way back to post when it saw an SUV on fire at around 6:20 p.m. The car was fully engulfed in flames, and the fire had already spread to a nearby hill.

The unit grabbed the fire extinguishers from the vehicle they were travelling in to suppress the fire, and successfully put out all the flames on the vehicle and the hill, which burned some 450 square meters of grass.

“Luckily, no one was hurt,” said squad leader Kim Gu-taek. “I want to thank the team members for following my orders in such a dangerous situation.” 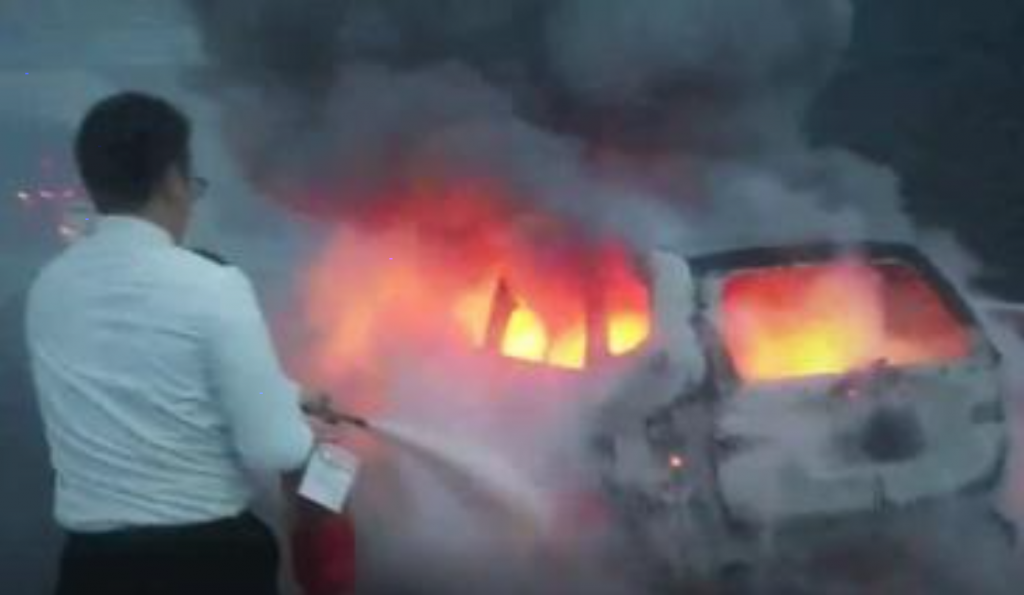