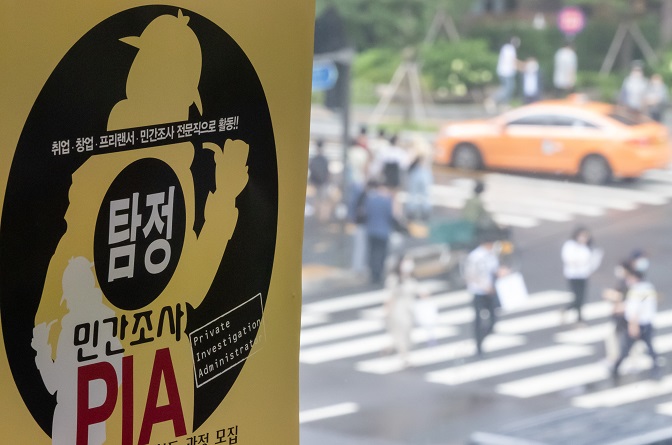 The National Policy Agency announced on Monday that it permitted a group of registered private institutions to issue private detective licenses late last year after on-the-spot inspection and guidance.

As a result of the on-the-spot inspection conducted during the September to October period of last year, the police found that a total of 12 private institutions are engaged in the issuance of 14 different kinds of private investigator licenses.

As part of this effort, the government also announced a plan to establish a state-led management and supervision system for the operation of private investigators.

“Despite high demand for social safety, including searches for missing persons, the response is limited due to a shortage of police manpower,” said Kim Won-jung, a law professor at Cheongju University.

“A private detective licensing system should be launched immediately, and the police should ensure systematic management and supervision of such businesses.”

One thought on “Police Permits Issuance of Private Investigator Licenses”