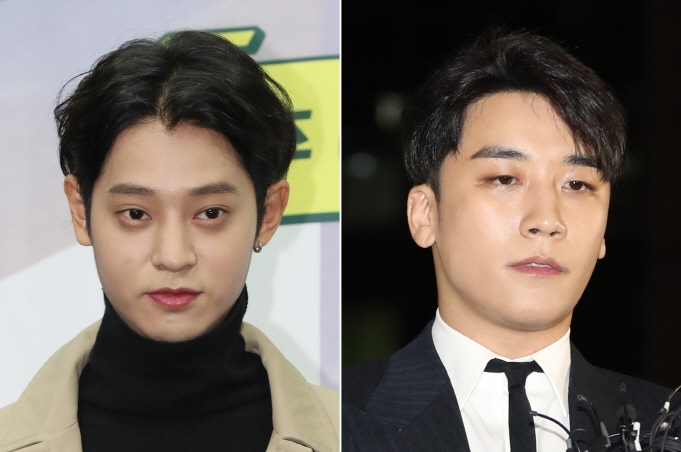 SEOUL, Mar. 12 (Korea Bizwire) — Police have launched a probe into allegations that Jung Joon-young, a K-pop star, secretly filmed sex videos and shared them with fellow entertainers, including BIGBANG member Seungri, in a mobile chat room.

The singer-songwriter and TV celebrity, best known for his part in KBS’ variety show “2 Days & 1 Night,” is under investigation over suspicions that he uploaded his own sex videos in a KakaoTalk group chat, according to the Seoul Metropolitan Police Agency.

Jung, 30, is believed to have recorded the videos between 2015 and 2016 without the consent of the women he slept with, doing so with at least 10 women, the police said.

They will soon call in Jung for questioning over the allegations. Jung returned to South Korea around 6 p.m. Tuesday after calling off his schedule in the United States. He didn’t answer questions from reporters at Incheon International Airport. 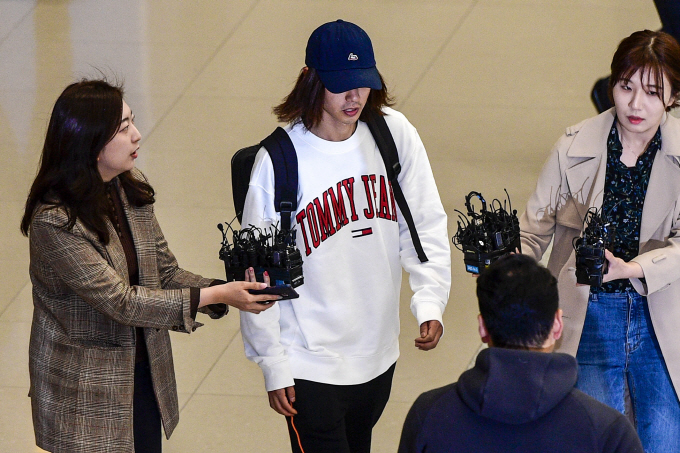 Jung Joon-young (C), a singer-songwriter and TV celebrity who is booked by police over illegal filming and leaking visual materials, is surrounded by reporters at Incheon International Airport in Incheon on March 12, 2019. (Yonhap)

“Jung will fully cooperate with the investigation,” Jung’s agency said in a release.

Police have booked Jung on charges of illegal filming and leaking visual materials. Seungri has also been booked on charges of soliciting prostitution.

The allegations come amid a widening police probe into Seungri, who’s accused of providing escort services to his potential business partners for lobbying. Police have searched Club Arena, a nightclub in the posh Gangnam district, to collect evidence related to the alleged crime.

Seungri said Monday he was retiring from the entertainment industry.

Police are also looking into possible illegal video content being shared on Seungri’s other chat rooms, they said.