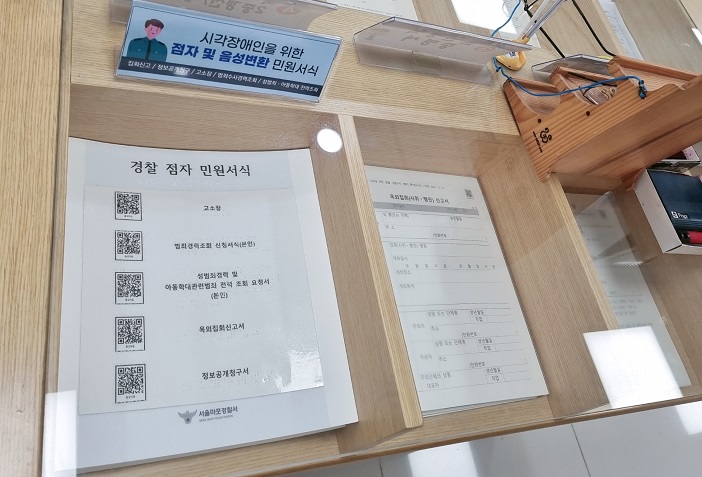 SEOUL, Sept. 7 (Korea Bizwire) — Braille and voice formats have been introduced to help the blind submit various police forms including accusation files and requests to look up criminal records and other information. 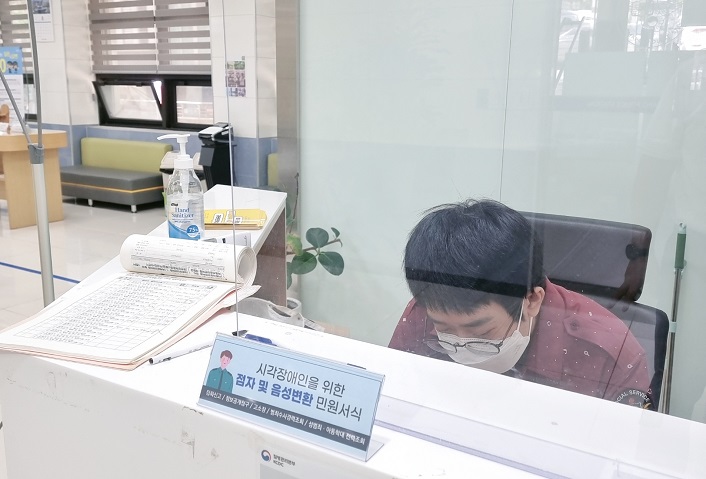 The police station has prepared five kinds of application forms, including a preliminary report of assembly, accusation forms, and request forms for accessing criminal records, that come in braille or voice formats.

Previously, visually impaired persons had to visit the police station with a delegate or ask the police staff to read and fill out various forms in order to file a complaint with the police, raising criticism that the process has sidelined persons with disabilities despite the fact they are the ones who are making the complaint.