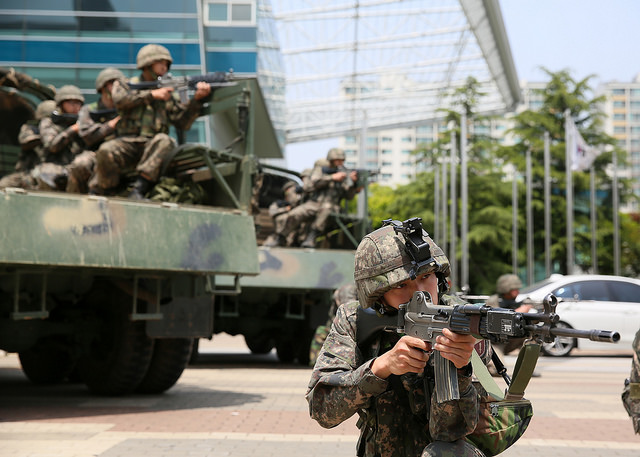 SEOUL, June 25 (Korea Bizwire) – More than half of Seoul residents think that political unrest and the split in public opinion is a greater threat to Korea’s security than nuclear arms in North Korea, a survey shows.

The Seoul Metropolitan Government conducted a survey about national security, polling 3,039 Seoul citizens from June 11 to 17. According to the results, 50.9 percent of those surveyed picked political unrest as the biggest threat to national security.

Others picked the North’s nuclear weapon development (20.6%), the arms buildup in neighboring China and Japan (11.1%), Korea’s economic unrest (9%), and a relaxed relationship with the U.S. (3.2%) as threatening factors for Korea’s national security.

Meanwhile, almost six out of ten (59.8%) Seoul residents replied that it is unlikely for North Korea to provoke a conflict like the Korean War (1950-1953), which broke out exactly 65 years ago.

By age group, those in their teens and twenties felt strongly that North Korean provoking a new conflict was unlikely, with 57.5 percent and 56.9 percent respectively responding as such. However, only 47.4 percent of those in their sixties agreed.

To the question “What would you do if a war starts in Korea?,” 43.5 percent replied that they would support South Korean forces in an indirect way. By age group, those in their sixties (74.4%) and fifties (73.4%) were most likely to respond that they would join the armed forces and fight against the enemy.

However, 63.7 percent of those in their teens and 60.2 percent in their twenties replied that they would seek refuge rather than fight.