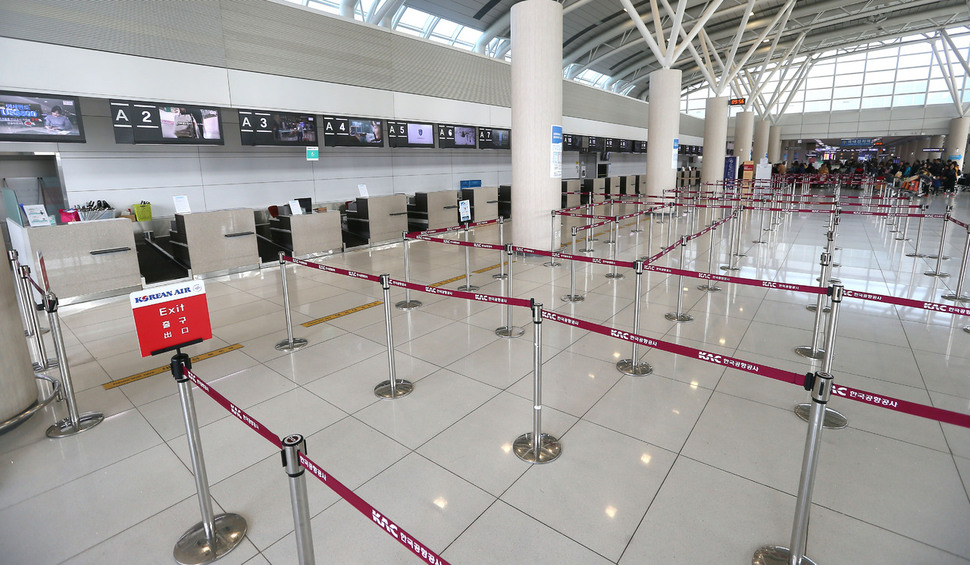 China banned the sale of travel packages to South Korea from March 15 in retaliation against the deployment of the THAAD. (image: Yonhap)

SEOUL, Jun. 1 (Korea Bizwire) — Six in 10 South Koreans have a negative viewpoint of China’s influence on their country, according to a poll released Wednesday.

In the poll of 758 adult South Koreans organized jointly by the Asan Institute for Policy Studies and several foreign institutions early this year, 60 percent negatively evaluated China’s influence on South Korea, while those with neutral and positive opinions amounted to 25 percent and 15 percent, respectively.

Institute officials noted that the ratio of negative perspective toward China nearly tripled from a similar survey taken two years ago. In the 2015 poll, the ratios of positive, neutral and negative opinions were tallied at 47 percent, 32 percent and 21 percent, respectively.

The survey was carried by global opinion research firm Ipsos from Feb. 23 to March 19 at the request of six institutions in five Asia-Pacific countries, including the Asan institute and the United States Studies Centre at the University of Sydney. The poll has a margin of error of plus or minus 3.6 percentage points, with a 95 percent confidence level.

In a question about China’s influence on Asia, 49 percent of Korean respondents answered there is more harm than good, with the ratio of neutral and positive viewpoints standing at 39 percent and 13 percent, respectively. Two years ago, the share of negative responses to the same question was merely 12 percent, officials said.

They speculated that the surge in negative perspective of China among the South Korean people may have to do with a strained bilateral relationship stemming from Beijing’s economic retaliations in return for the deployment of a U.S. missile defense system in South Korea.

As for the current security situation on the Korean Peninsula, 85 percent of South Koreans gave a negative evaluation, while a mere 15 percent felt positive about it. Over 70 percent of the respondents painted a negative outlook for inter-Korean relations during the tenure of U.S. President Donald Trump.

All respondents in South Korea, Australia, Japan and Indonesia cited North Korea as the No. 1 factor of regional conflict, Asan officials said.

Among South Korean respondents, 44 percent pointed to North Korea as the biggest conflict factor, followed by China at 29 percent and Japan at 16 percent, they added.