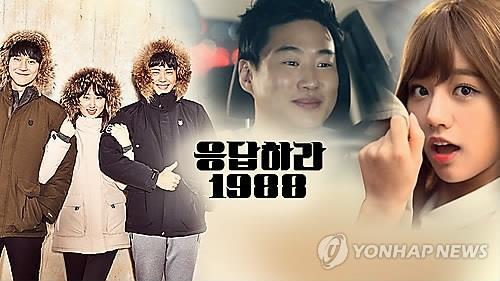 The success of the TV series “Reply 1988″ has translated into a widespread demand for retro goods and family values at a time when empathy between generations is harder to come by. (Image : Yonhap)

SEOUL, Jan. 18 (Korea Bizwire) - The success of the TV series “Reply 1988″ has translated into a widespread demand for retro goods and family values at a time when empathy between generations is harder to come by.

Set in the 1980s when South Korea underwent major political and economic changes, the series that ended Saturday struck a chord with those yearning for the good old days. Perhaps more importantly though, it managed to captivate younger generations with a storyline and characters they could identify with.

Those factors combined produced a record viewing rate of 19.6 percent for the series’ last episode Saturday, the highest yet for a cable TV show.

What began as a family comedy revolving around five families living in a working-class neighborhood ended in a guessing game over who would marry the female lead, heightening viewers’ suspense.’

Also drawing viewers deeper into the series was a range of props that reminded them of the past.

“Crown” beer, which stopped being produced in 1993, hit the shelves again thanks to the three mothers who sat around drinking it together on the show. Record players reentered the electronics market after disappearing with the emergence of cassette tapes and CDs. Long overcoats, flared pants, turtleneck knitwear — all symbolic of the 80s — have become the new trend in fashion.

Businesses were quick to capitalize on the “retro rush.”
Lotte Confectionery cast the show’s lead female, Hyeri of the girl group Girl’s Day, as the model for its signature chocolate brand “Ghana.” In the new commercial, Hyeri reenacts the 80s commercial for the chocolate.

LG Electronics, the products of which are seen on the show under its previous name, revived the 80s copy, “A moment’s choice determines the next decade,” in an ad for its latest washing machines.

Ads and VOD sales alone raked in some 22.1 billion won (US$18.3 million) according to cable channel tvN which aired the show.

Its soundtrack has dominated the local music charts, with nine songs making it to the top 50 on Melon last weekend.

“The songs and all related merchandise are selling very well,” CJ E&M, the channel’s owner, said. “We don’t have a tally yet, but we expect the end result to be good.” A total of 11 merchandise items are being sold, including bus cards, stamps and postcards.

No less remarkable is the emotional bond the series managed to create between generations that are gradually drifting apart.

The Korean word for family, “shikgu,” combines the Chinese characters for “eat” and “mouth,” and Reply 1988 was a demonstration of just that.

Everything from seaweed, lettuce and sweet potatoes to instant noodles, pizza and fried kimchi rice were shared at the table, often with the neighbors around as well. 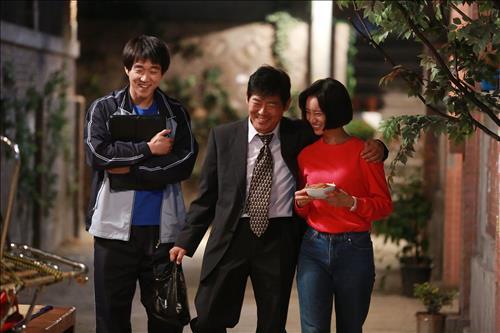 The success of the TV series “Reply 1988″ has translated into a widespread demand for retro goods and family values at a time when empathy between generations is harder to come by. (Image : Yonhap)

Much of the nostalgia viewers felt stemmed from this sense of community that is mostly missing now, with one-person households and food deliveries on the rise.

Some viewers have pointed out that such scenes were not common in Seoul in 1988, but rather in the countryside before industrialization took place.

Few would argue, however, that there was more room for sharing and understanding 30 years ago. Then and now, there may be no clear solution to people’s problems, but the strong human bond displayed in Reply 1988 was enough to soothe viewers’ minds and restore the broken links across generations.