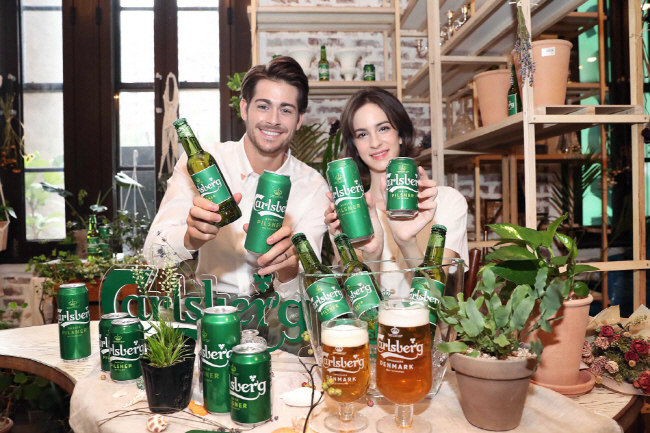 According to Golden Blue, sales of Carlsberg beer rose 86 percent last year from 2018.

Golden Blue, a homegrown whiskey maker that imports and sells Carlsberg beer, previously entered the local market by signing a contract with Danish brewer Carlsberg A/S in May 2018.

Since then, the company has been focusing on hands-on marketing, which includes participating in various festivals and significantly increasing drinking opportunities for consumers by operating pop-up stores.

As a result, sales in the summer of last year increased 192 percent compared to 2018, and the second half also achieved an 80 percent increase.

Meanwhile, Golden Blue plans to launch a variety of sales and marketing activities this year to boost sales of Carlsberg beer.

By sharing Carlsberg content on YouTube and other online channels, the company will raise awareness among millennials, while further strengthening its hands-on marketing initiative.