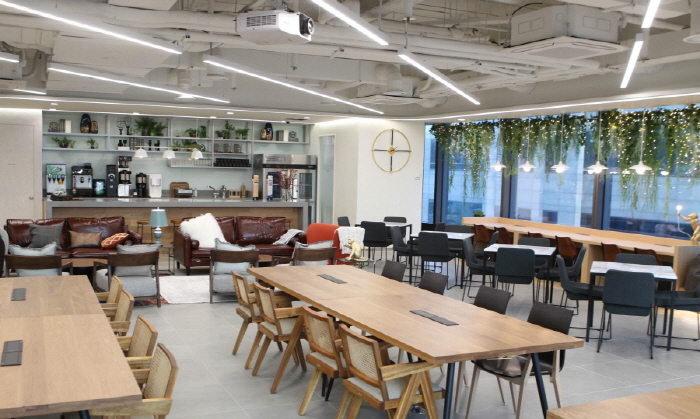 The report suggested that the shared office market has grown rapidly within Seoul due to changes in business models. (image: Lotte Asset Development Co.)

SEOUL, Jan. 16 (Korea Bizwire) — IGIS Asset Management Co. shared a report on Tuesday which analyzes the backdrop and prospects of office sharing in the Seoul Metropolitan Area. According to the report, office sharing accounts for 90 percent of service-oriented office leases in Seoul.

The report indicated that there has been a shift from general office space to service-oriented office space, which offers more than just a space to work, such as convenient facilities.

The report suggested that the shared office market has grown rapidly within Seoul due to changes in business models.

Such changes were derived from the advent of the Fourth Industrial Revolution and the revitalization of the sharing economy.