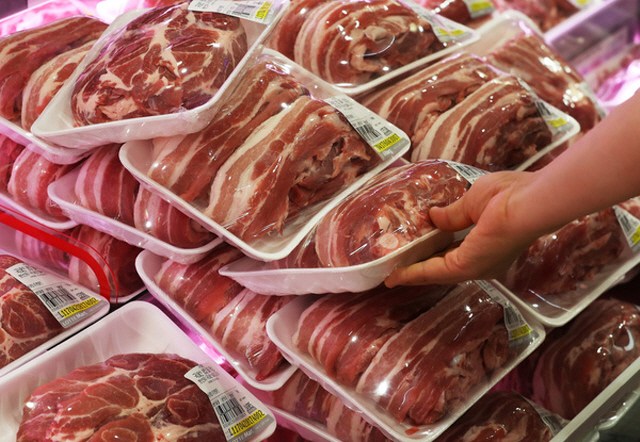 The Korea Pork Producers Association issued a statement saying the fake Iberico pork incident is a scam that is destroying the reputation of the pork industry and deceiving consumers. (image: Yonhap)

SEOUL, Jan. 30 (Korea Bizwire) — The Korean Consumer Citizens’ Group has announced that five out of 50 black pigs sold at 44 Seoul restaurant and retail outlets were found to be white pigs, not Iberico pigs.

As it was recently revealed that some of the Spanish Iberico black pork imported to South Korea was fake, the domestic pork industry is demanding an active crackdown, including a complete enumeration.

On Tuesday, the Korea Pork Producers Association issued a statement saying the fake Iberico pork incident is a scam that is destroying the reputation of the pork industry and deceiving consumers.

The association also insisted that a thorough investigation should be involved to eradicate the evil importers and distribution companies and punish all those who were involved.

The association is asking for a thorough investigation that will punish importers and distribution companies who were responsible for selling fake Iberico pork, reinforce the safety and labeling of imported meat, reinforce related regulations, and complete a full inquiry into the Iberico pork available on the market.

Iberico pork is one of the world’s most famous delicacies, a breed of black pig raised in a forest in Spain called dehesa. Iberico pigs feed on acorns and olives resulting high quality meat.