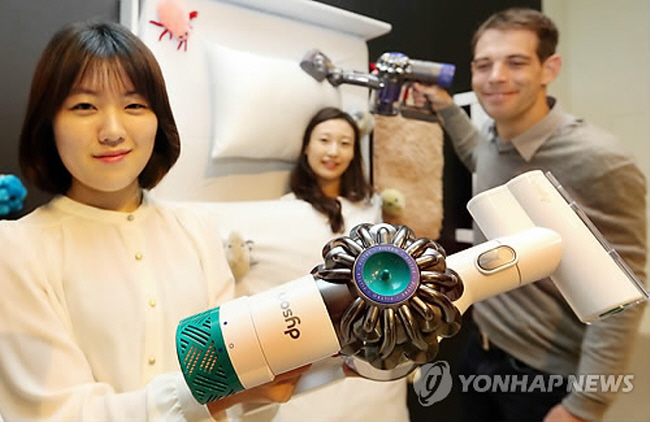 Dyson is determined to make a splash in the market by releasing a variety of wireless vacuums. (image: Yonhap)

SEOUL, Jun. 8 (Korea Bizwire) — Wireless and portable home appliances are pouring into the market as Koreans are spending more time on outdoor activities such as camping and cycling.

LG Electronics recently launched a coke can-light beam projector called the ‘Mini Beam TV.’ About 5,000 of the devices were sold in April alone, and sales of the product this year have increased 50 percent compared to the same period last year.

Wireless vacuum cleaners are also gaining popularity, as they can be used to clean small corners of the room without causing any fuss with wires.

Samsung Electronics and LG Electronics launched products called the ‘Motion Sync Cordless’ and ‘Cord Zero’ respectively, while Dyson is determined to make a splash in the market by releasing a variety of wireless vacuums.

Although they are more expensive and smaller than wired vacuum cleaners, they are just as strong as wired ones, and can be used for a long time once charged. More than 10,000 Cord Zero cleaners are currently being sold every month.