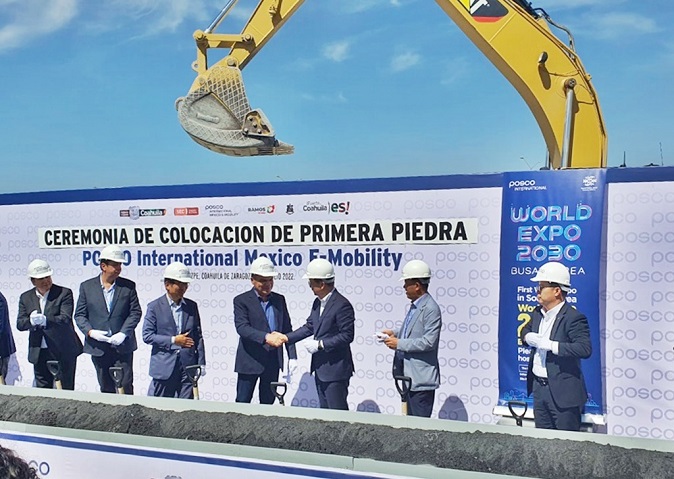 The driving motor core-producing plant in Ramos Arizpe in the state of Coahuila in northeastern Mexico will be built by the end of next year, with an aim to produce 650,000 units a year by 2025, the company said in a release.

It is POSCO International’s first plant in North America.

Sriving motor core is a key component that generates electricity in EVs and its quality determines the vehicle performance.

POSCO International plans to spend about US$122.4 million by 2030 for the Mexico plant, with an initial $27.5 million investment earmarked for this year.

The plant will have a production capacity of 1.5 million units annually by 2030.

POSCO International has been ramping up the push for environmentally friendly sectors, such as electric and hydrogen vehicles, amid an industrywide shift to electrification and other green businesses.

It completed the construction of a domestic motor core plant in the southern industrial city of Pohang in December last year. It purchased additional stocks in its motor-core producing subsidiary in China in July last year.

POSCO International aims to boost its annual capacity for motor core production to 7 million units globally by 2030, from 1.2 million units in 2021.