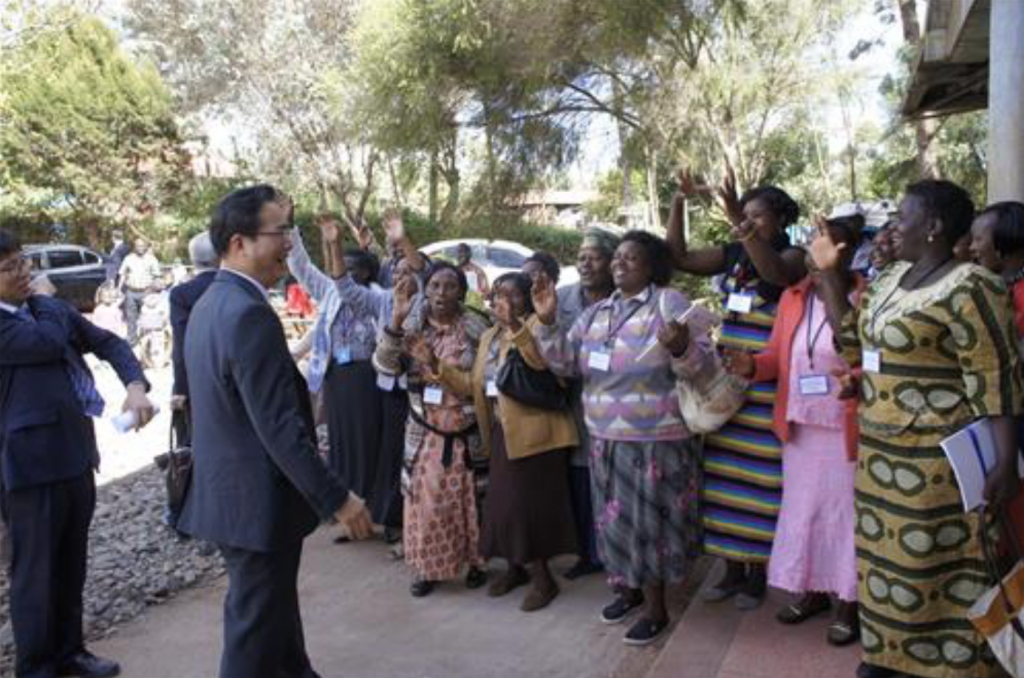 Chung Hwang-keun, head of the Rural Development Administration in South Korea, is welcomed by Kenyans near Nairobi on Dec. 13, 2016. (image: Yonhap)

Chung Hwang-keun, head of the Rural Development Administration in South Korea, made the commitment on Tuesday in a meeting with Kenyan officials and farmers at a town on the outskirts of Nairobi.

South Korea has provided 2,200 chicks to 210 farmers and created conditions to produce healthy seed potatoes on a plot of two acres (8,093 square meters) under the pilot program launched earlier this year. 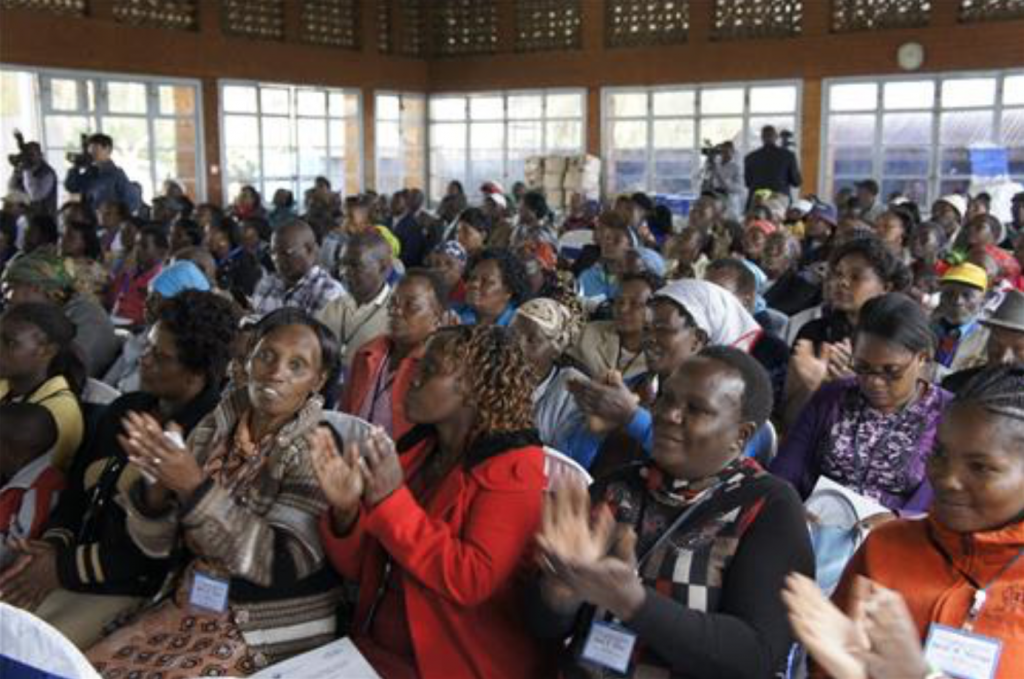 The pilot program has boosted potato yields per hectare to 3.9 tons from 1.3 tons, raising a farmer’s income by more than five times, the Rural Development Administration said on its website.

The monthly income of chicken farmers has increased to US$155 from $45 as local farmers have raised the survival rate of chicks due to the provision of healthy chicks and vaccinations, it said.

Kenyan President Uhuru Kenyatta has said there is “no better model than South Korea” for Kenya’s economic development. He also called for strengthened bilateral cooperation in trade and investment with South Korea during summit talks with his South Korean counterpart Park Geun-hye earlier this year.

South Korea has become a donor country from being a recipient of U.N. aid in half a century, a transformation that has inspired many developing nations to follow in the footsteps of the Asian country in advancing their economies.