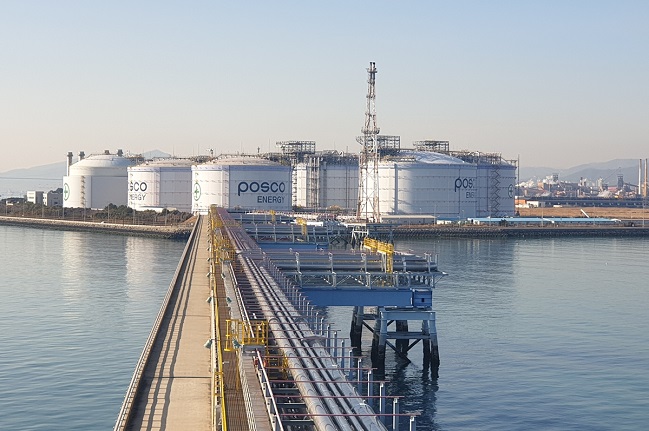 SEOUL, Aug. 12 (Korea Bizwire) — POSCO International Corp., a trading arm of South Korean steel giant POSCO Holdings Co., said Friday it will push to merge with an energy affiliate, as it seeks to expand its business portfolio into renewable and other green energy sectors.

POSCO International’s board earlier approved the plan and it will be put to a vote at a shareholders meeting on Nov. 4. The process will be completed by Jan. 1, the two companies said in regulatory filings.

The merger will be carried out with a 1:1.626920 ratio by transferring some 46.7 million new shares that POSCO International will issue to POSCO Holdings Co., the holding company.

The newly issued shares will be listed on the main bourse on Jan. 20.

When the merger is completed, POSCO Holdings’ controlling stake in POSCO International will be raised to 70.7 percent from the current 62 percent.

The merger will turn POSCO International into an energy giant that generates approximately 40 trillion won in revenue and 1 trillion won in operating profit annually, the company said.

POSCO International, formerly Daewoo International, has mainly engaged in the mining and trading of natural resources, like steel, and other commodities around the world.

It has been ramping up the transition to eco-friendly sectors in recent years, such as liquefied natural gas (LNG)-based low-carbon energy, and electric and hydrogen vehicles in an industrywide trend toward green, bio and electrification.

POSCO Energy is a major privately-owned LNG provider and has been bolstering its portfolio in renewable energy, like solar panels and wind power, as well as expanding its overseas foothold into countries like Indonesia.

Shares in POSCO International soared 9.31 percent to 24,650 won on the Seoul bourse on Friday, far outperforming the broader KOSPI’s 0.16 percent gain. The announcement was made before the market closed.