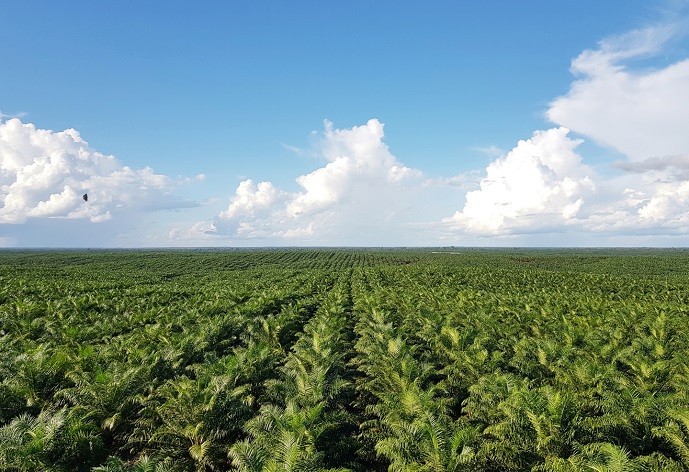 This photo, provided by POSCO International Corp. on Dec. 8, 2021, shows its palm oil plantation in Indonesia.

The Korean National Contact Point (KNCP) for the Organization for Economic Cooperation and Development (OECD) made the call after several South Korean and Indonesian civic groups filed a complaint against the trading arm of steel giant POSCO, the National Pension Service and the Export-Import Bank of Korea in 2019.

They claimed that POSCO’s operation of a palm oil farm in the Indonesian province of Papua caused deforestation and other environmental pollution that negatively affects local residents in violation of due diligence standards of the OECD guidelines.

After two years of deliberation and due procedures, the Korean office advised POSCO to continue consultations with local residents in the region over the matter and to actively exercise corporate responsibility in running the business down the road.

It also requested the company submit explanations on related efforts in six months.

“Despite a series of processes for mediation, the two sides failed to reach an agreement, and the KNCP hereby terminated the case,” the industry ministry said in a release. The KNCP is chaired by a senior industry ministry official.

In March 2020, POSCO announced a zero-deforestation pledge with regard to the farm operations, vowing to prohibit new plantation development in certain areas and to strive for the human rights of the local people and to compensate for damage by its business activities.

Established in 2001, the KNCP is meant to promote the OECD Guidelines for Multinational Enterprises, voluntary and non-binding recommendations aimed at minimizing adverse impacts from activities of multinational firms and strengthening their responsible businesses.

A total of 50 nations, including 38 OECD member nations, now operate an NCP of their own, the ministry said.