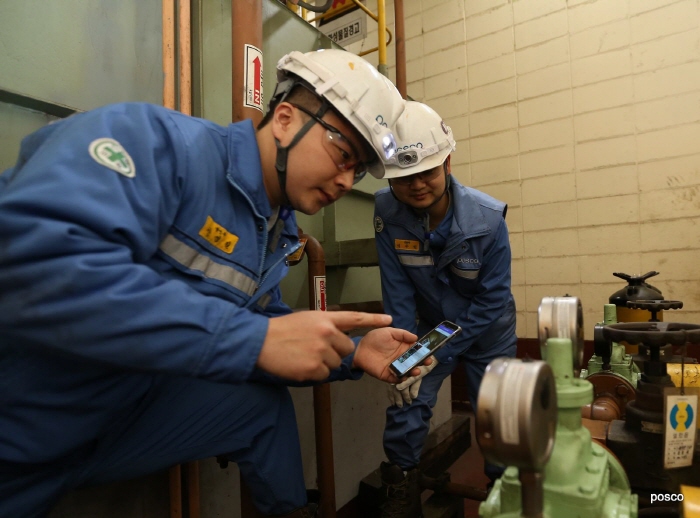 The new helmet includes front cameras that allow staff in operating rooms to be able to monitor various areas at the site. (image: POSCO)

POHANG, Jan. 9 (Korea Bizwire) – POSCO has introduced a new smart safety helmet at its factories to maximize safety and efficiency.

The steel giant announced on Tuesday that it had developed a new smart safety helmet in collaboration with its subsidiary POSCO ICT.

The new helmet is equipped with smart sensors and safety devices, including LED lanterns, a camera for video conferences and recording, carbon dioxide and oxygen detection sensors, vibration and sound alarms, an SOS button, and proximity sensor, all of which are designed as wireless devices to better cope with on-site needs and functions.

The new helmet also includes front cameras that allow staff in operating rooms to be able to monitor various areas at the site. Toximeters and oxygenometers are attached on the back.

POSCO has currently allocated 50 smart helmets each to its Pohang and Gwangyang Steelworks as part of a trial. Once the final assessment is complete, the helmets will be distributed to all departments.